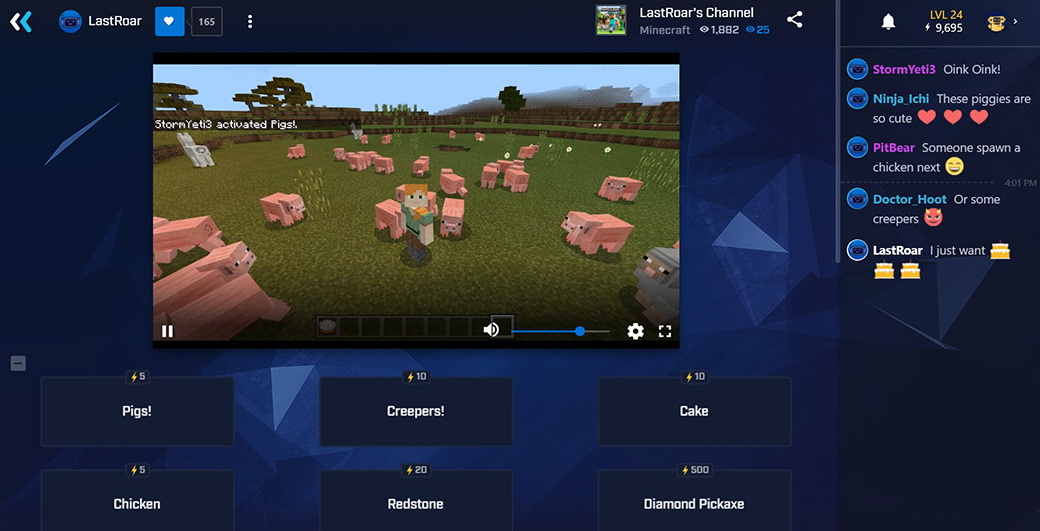 Microsoft has revealed a revamped Mixer design and new features in celebration of the streaming service’s first anniversary.

To start, Microsoft unveiled a refreshed Mixer design that will slowly roll out to Mixer Pro users over the coming weeks and all Mixer users in early summer. According to Microsoft, Mixer’s new design will make it “easier to find streamers playing the games you love or broadcasting in the creative communities that you care about the most.”

Mixer is also introducing a new MixPlay feature, which will allow streamers to create interactive experiences directly on the video canvas with widgets, overlays and more.

Finally, Microsoft revealed that in addition to hitting 10M monthly active users in December, Mixer’s viewing audience has grown more than four times since launch, while watched streams have increased more than five times during this time.

A full breakdown of the update can be found in the Mixer blog.