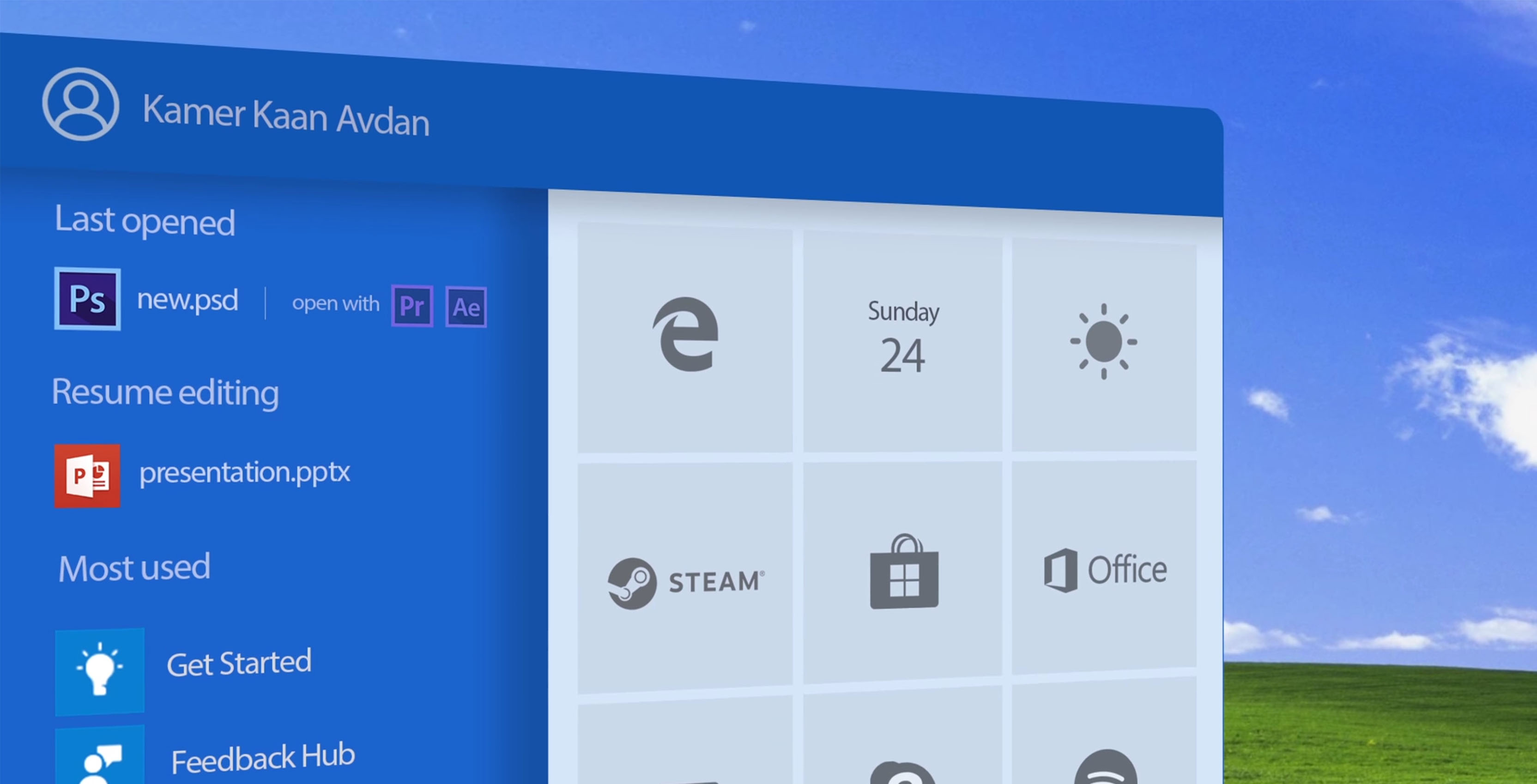 A beautiful concept design video reimagines Windows XP as an operating system for 2018.

The designer, Kamer Kaan Avdan, has taken the 17-year-old OS and adapted its classic style to a Windows 10 like interface.

The concept features those memorable bold blue taskbars, the old login screen and even the way the background fades to black and white when you open up the menu to power off the device.

The mock up has also replaced Cortana with Rover, a cheerful animated dog from Microsoft Bob.

Overall, the concept is quite well designed. It definitely calls up nostalgia for a much-loved era of Windows. Microsoft’s design has changed a lot in 17 years, but in some ways it’s still very much the same. It’s interesting to see how well Windows XP fits into modern Windows 10 design.

The concept also serves as a reminder of how adaptable the Windows 10 style is. It would be great if Microsoft released themes to let users customize their Windows experience. I for one would definitely use Avdan’s concept if it was a theme for Windows 10.

Avdan has a number of concepts on his YouTube, including a Windows 11 concept that showcases some Fluent design concepts and an iOS 12 concept.

Fluent design is an exciting leap forward for Windows design. It looks great even in the small doses that have found a way into Windows 10 already. I can’t wait to see more as Microsoft works into more areas of Windows.