Similar to what MobileSyrup has done in the past with recent flagship phone releases, in this story we’re taking a look at Spigen’s top five cases for Google’s recently released Pixel 2 and the Pixel 2 XL. 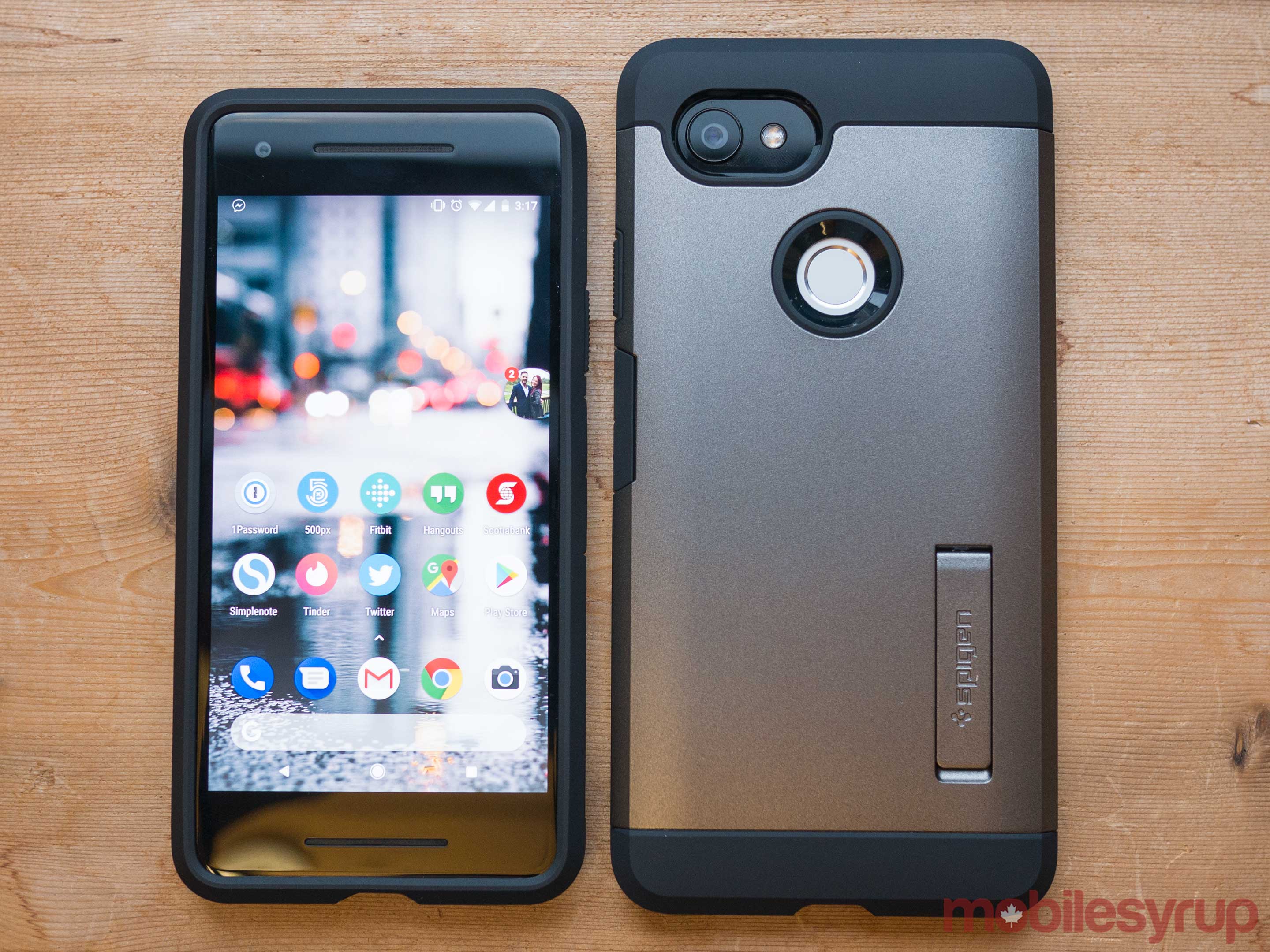 Spigen’s Tough Armor case has always been a little bulky for my particular taste, but for those who are looking for an enclosure that offers ample protection, as well as a kick stand, it’s difficult to beat.

The kickstand is very useful for watching videos on flat surfaces (I’ve used it on a plane before and it worked perfectly). Still, the Tough Armor is a heavy case that might be a little too weighty for some. 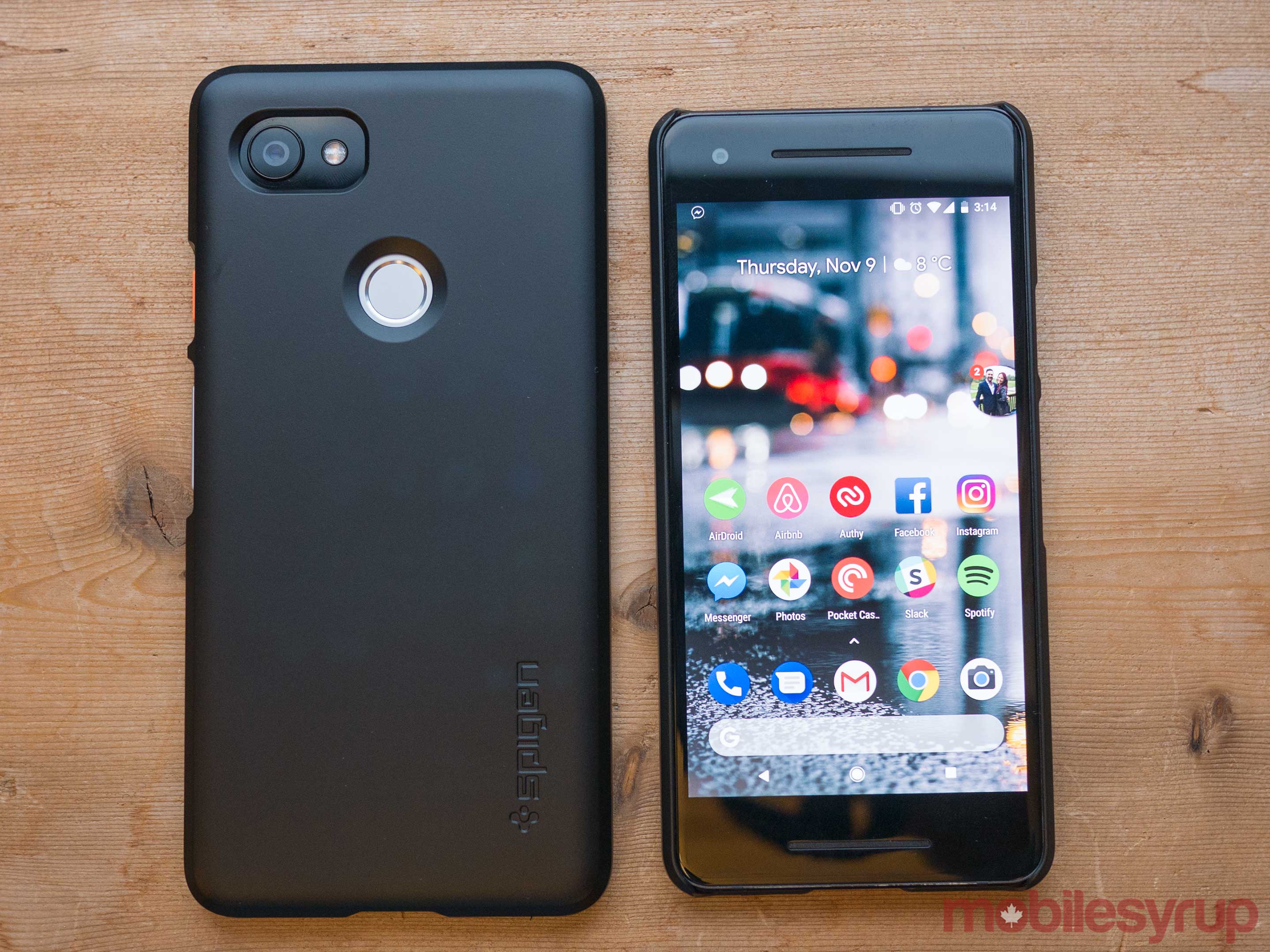 If you’ve read my case-related stories before, you’ll know I’m fond of Spigen’s Thin Fit case. It protects the Pixel 2 or Pixel 2 XL while managing not to compromise the look of the smartphone (in this case, the awesome black and white panda-coloured Pixel 2 XL).

And yes, the corners of the smartphone are protected contrary to what some people might think. Still, it’s important to note that if you’re looking for a heavy duty case that offers ample protection, this isn’t the case for you; it’s definitely called Thin Fit for a reason. 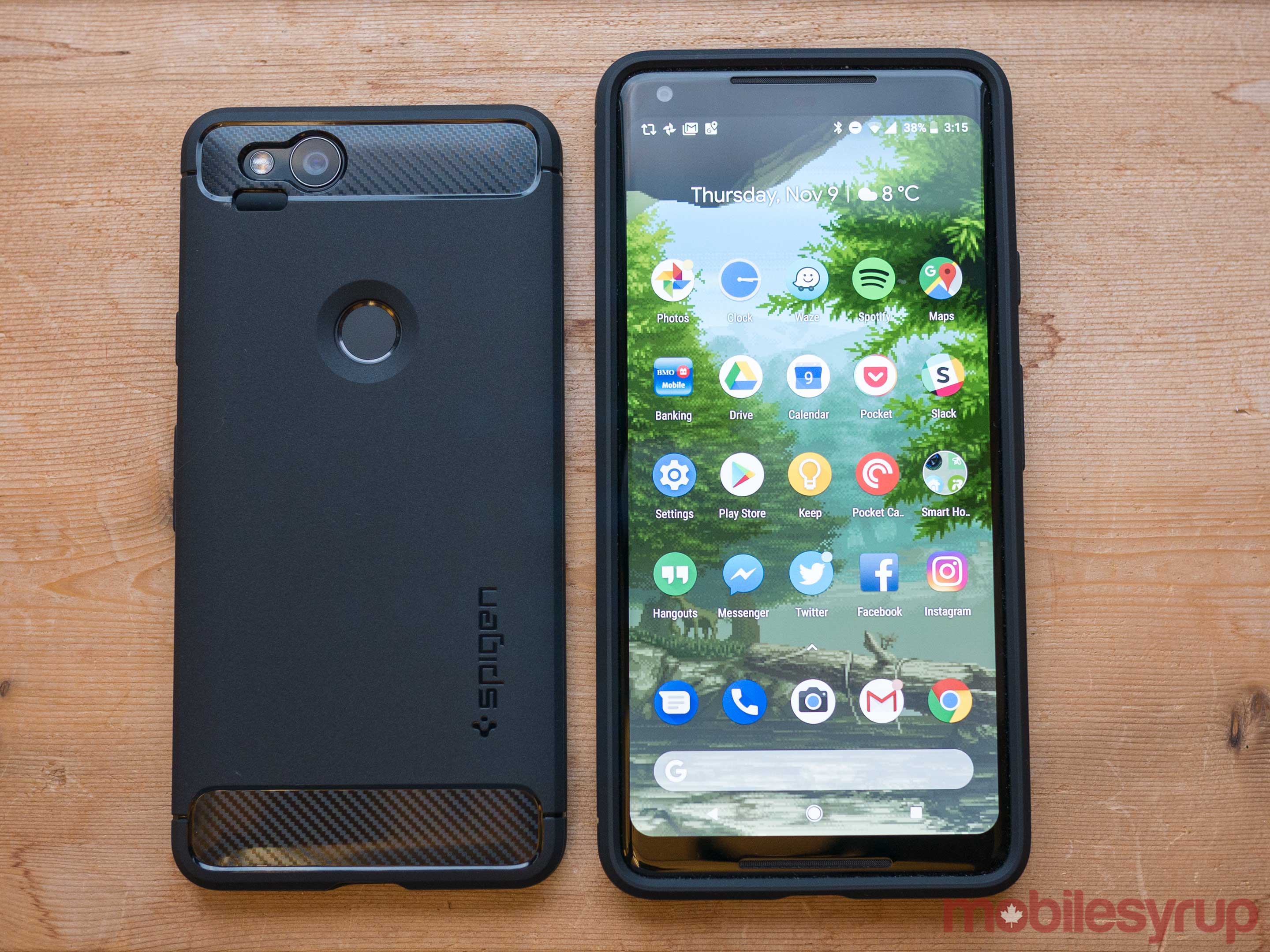 While I wasn’t initially fond of Spigen’s Rugged Armor offering, it’s actually begun to grow on me over the last few weeks. In fact, it’s actually my second favourite smartphone case in the manufacturer’s lineup and I’m currently using it on my Pixel 2 XL.

Its TPU body is smooth, allowing the device to easily slide into my pocket (sticky TPU cases are the worst). It’s also pretty thin, just like Spigen’s iPhone X Rugged Armor case, while still offering ample protection that surrounds all edges of the phone. 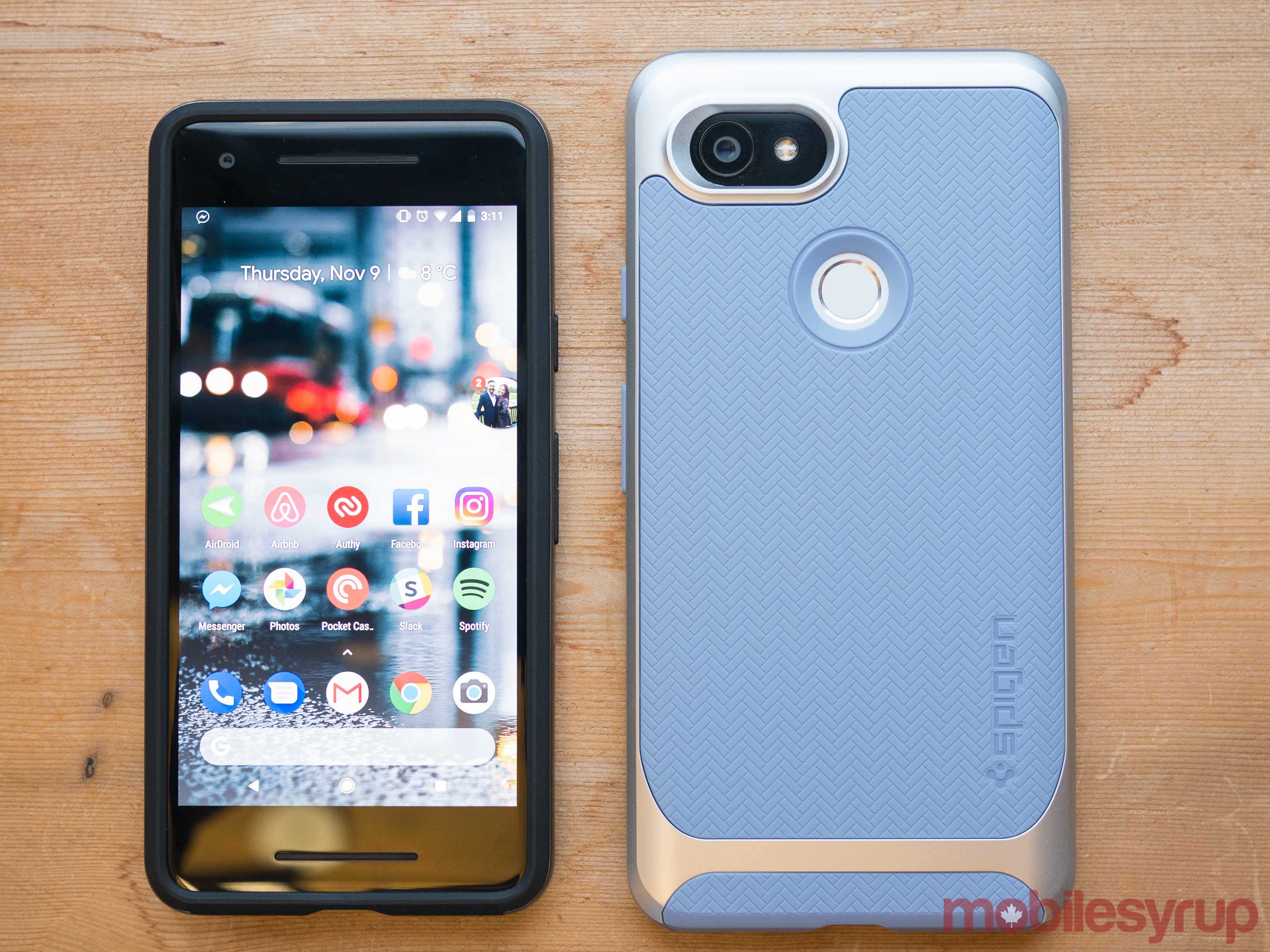 The Neo Hybrid’s double layer body makes it great for helping the Pixel 2 and Pixel XL survive even the most painfully hard falls. Again, like some of Spigen’s other offerings, I find the Neo Hybrid a little to bulky for my purposes.

Still, the protection it offers is difficult to beat. It’s also worth noting that the case is much thinner than the case manufacturer’s weighty Tough Armor offering. 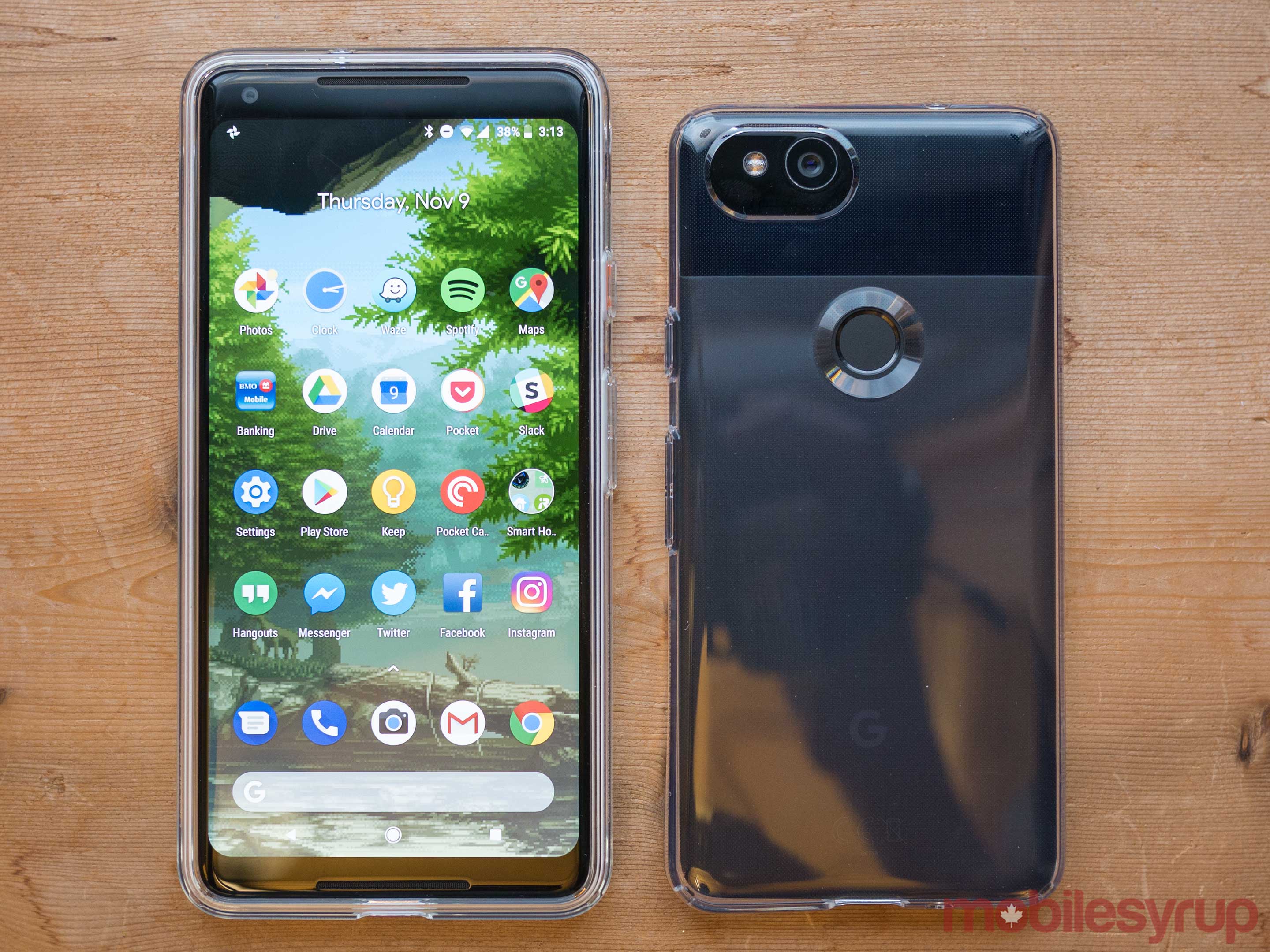 If you’re the type of person who doesn’t want to ruin the look of their smartphone, Spigen’s Liquid Crystal case is a great option. Though its plastic build is a little sticky, It still slides into my pocket with moderate ease.

Durability-wise, the case is very similar to Spigen’s Thin Fit offering, so if you’re looking for a smartphone enclosure that offers a significant amount of protection, the Liquid Crystal case likely isn’t the best option for you. If you want a clear case though that still shows off the Pixel 2 or Pixel 2 XL’s body, Spigen’s Liquid Crystal offering could be exactly what you’re looking for.

Spigen’s Liquid Crystal case is only available in a ‘Crystal Clear’ colour variant.