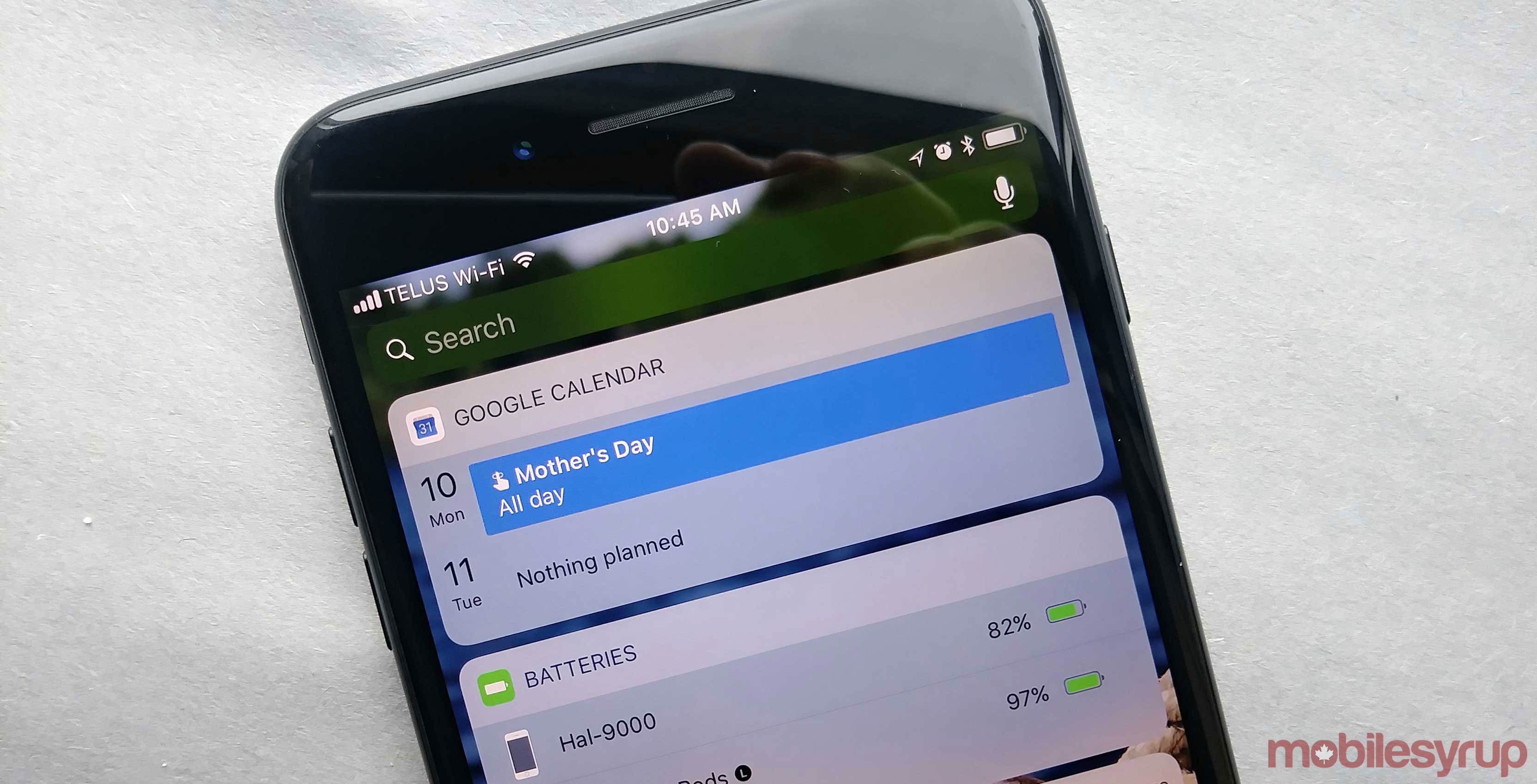 Google Calendar, released back in 2010 for iOS, has never been able to use the operating system’s widget customization. Though widgets came a lot later to iOS — in 2014 — than they did to Android, many expected Google Calendar widget support to arrive a lot sooner.

Now that the widget is available, the next two events in your Google Calendar are displayed, with the widget being capable of expanding to show the next four. The iPhone 6s and iPhone 7 can also use 3D touch to preview the widget’s content.

The new Today widget, originally spotted by 9to5Mac, is available after updating the Google Calendar application to version 2.4.0 in the App Store.

How to add multiple calendars to your Google Calendar

Google rolling out Tasks integration in Calendar for Android and iOS