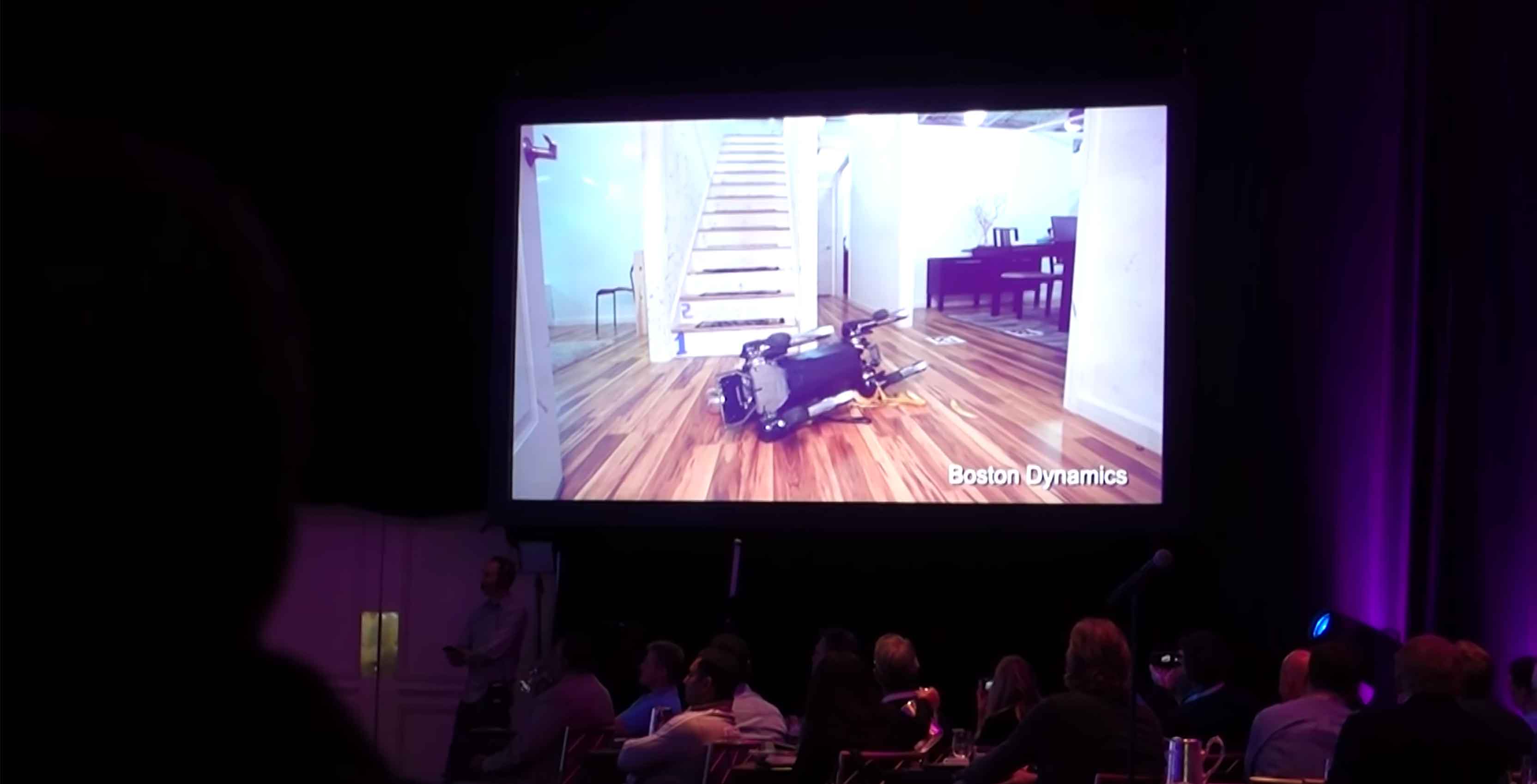 We haven’t heard from nightmare factory that is Boston Dynamics in some time.

Given the precipitous state of the world, it was probably for the best; the last thing people need is memories of Terminator keeping them up at night. It’s also for those same reasons you may want to reconsider reading this post.

In a leaked video intended for investors (jump to the 3:46 mark), Boston Dynamics founder Marc Raibert demos Handle, the company’s new wheeled robot. “What I think will be a nightmare-inducing robot,” according to Raibert, lives up to its creator’s description, ratcheting up the nightmare fuel factor to 11.

Handle, so named because Boston Dynamics hopes it will one day be able to pick up and handle objects, looks like a marvel of both hardware and software engineering.

At one point during the company’s presentation, Handle can be seen ollieing over a barricade. Raibert adds the robot is more efficient thanks to the inclusion of wheels, though, as a trade off, it loses the ability to handle uneven terrain as well as its predecessors.

Like the company’s other inventions, it’s likely Handle is still many years away from making to market.