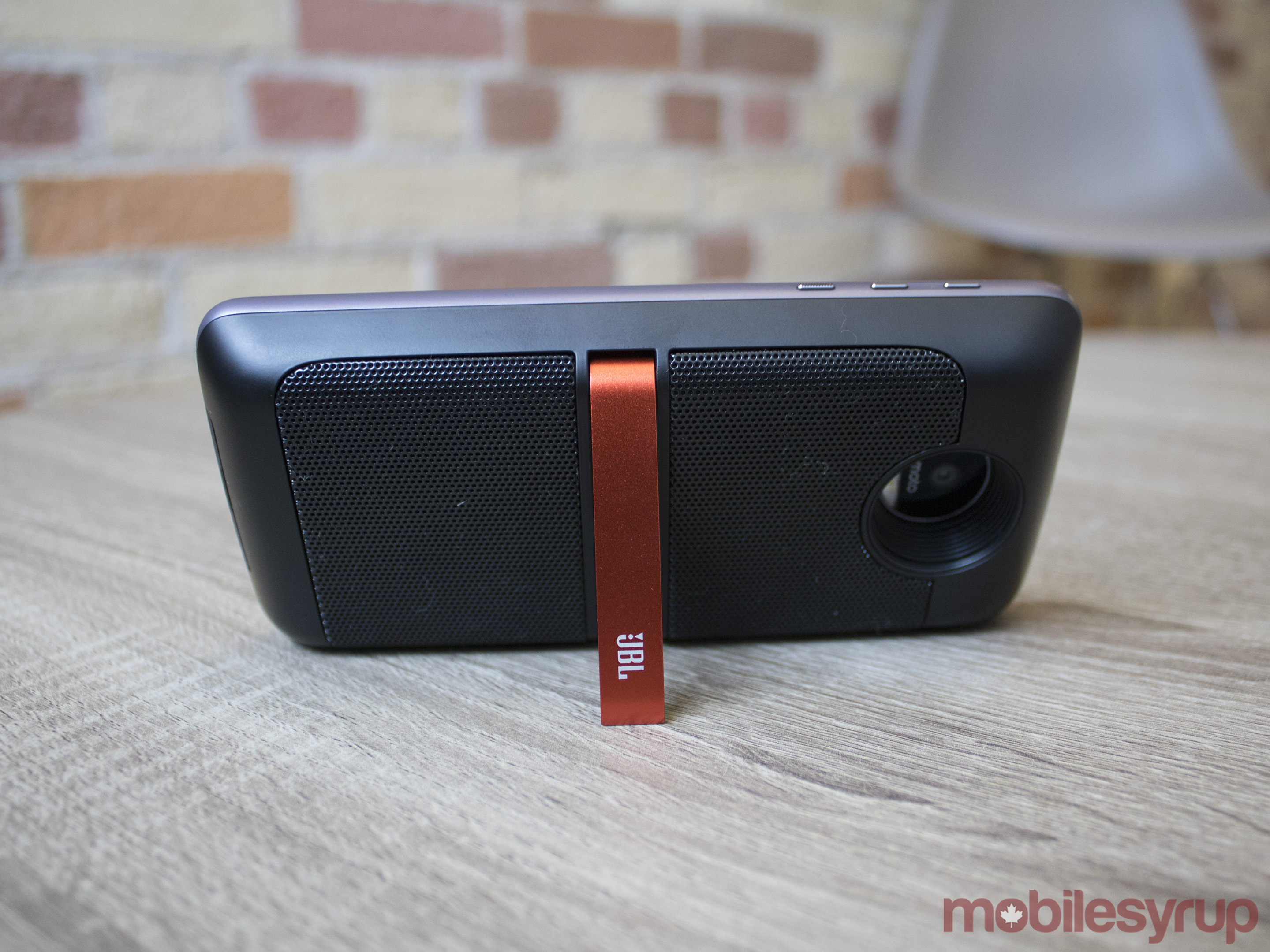 Back in June of this year, Lenovo announced two new modular phones under the Moto Z brand, the Moto Z and Moto Z Play. Now, both of those devices, along with Motorola’s Moto Mods, are now available in Canada. These mods include the $349 Hasselblad Camera, $89 Incipio battery pack, $99 JBL speaker set, $399 Moto Insta-Share Projector and $29 Style Shells.

Both phones ship with Android 6.0.1 Marshmallow and feature 32 GB base models with expandable storage, but otherwise, the Moto Z has better specs across the board, including 4 GB of RAM and a 13-megapixel camera with optical image stabilization and 4K video recording. The Moto Z features a 5.5 QHD 2560 x 1440 pixel display, while the Moto Z Play has the same form factor with a 1080p display.

The Moto Mods range from about $100 for the battery case and speakers, up to $350 to $400 for the camera and projector respectively.

Related: Moto Z Review: On the thing edge of innovation