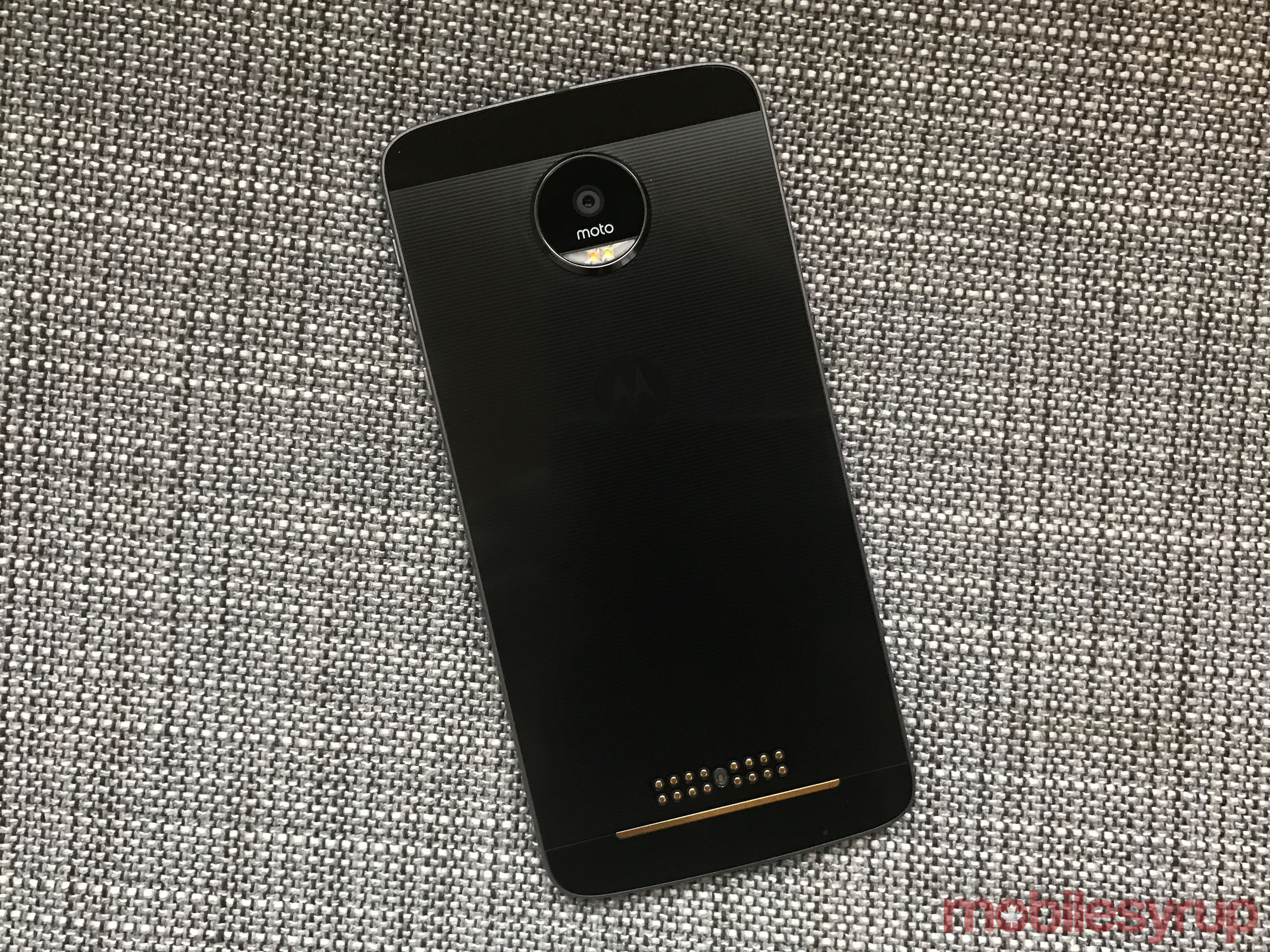 Lenovo’s next flagship smartphone under the Motorola brand will be coming to Canada on October 5th. We’ve already reported the phone will be available to Canadians for $900 CAD on a no-term contract, but have now received pricing for those interested in purchasing the modular device on-contract.

According to sources, this image of a flyer promoting the upcoming Moto Z with Bell reveals the modular phone will retail for $399.99. 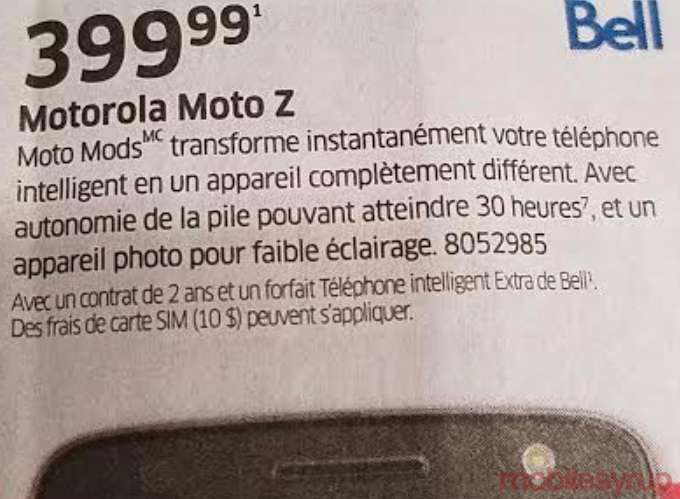 The Moto Mods that are scheduled to come to Canada are the Hasselblad True Zoom, JBL SoundBoost Mod for $100, Incipio Power Pack for $90, and the Insta-Share projector, which will retail for $400.

Moto Z’s next Moto Mod might be a VR headset