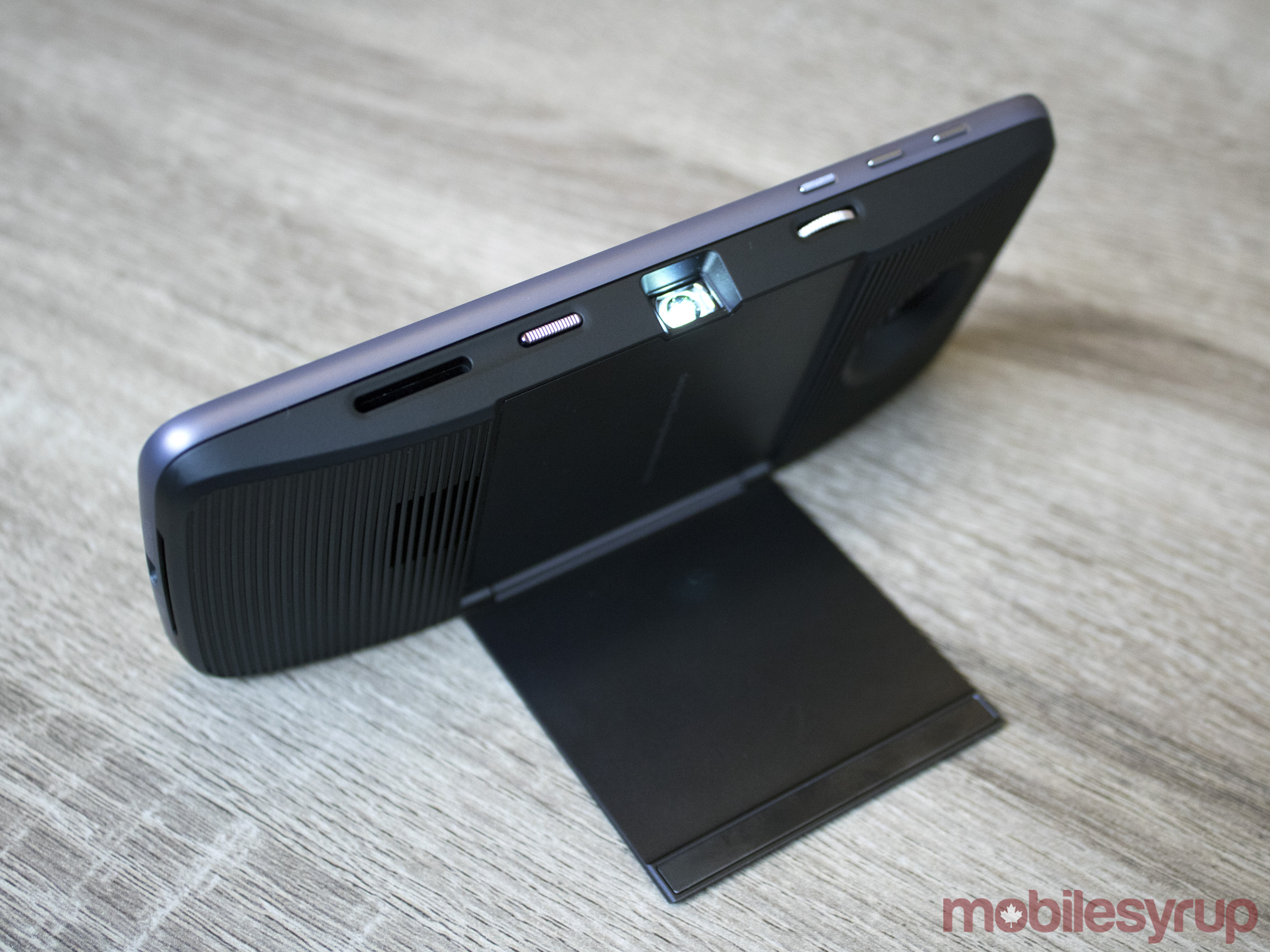 For a limited time, Rogers is offering a modular gift for Moto Z pre-orders worth a whopping $399.99 CAD.

The projector is made by Motorola and snaps onto the back of the phone, allowing users to project an up to 70-inch screen.

The offer is applicable to both new and existing customers who activate two-year Share Everything plans with the carrier. Rogers notes, though, that the projector may not arrive at the exact same time as the device, and that if the Moto Z is returned with 15 days, the gift must accompany it.

The Moto Z, currently the world’s thinnest smartphone, is priced at $400 on a two-year contract at Rogers, and $900 outright.

MobileSyrup has reached out to other Canadian carriers to see if any are matching the deal with their own offer.