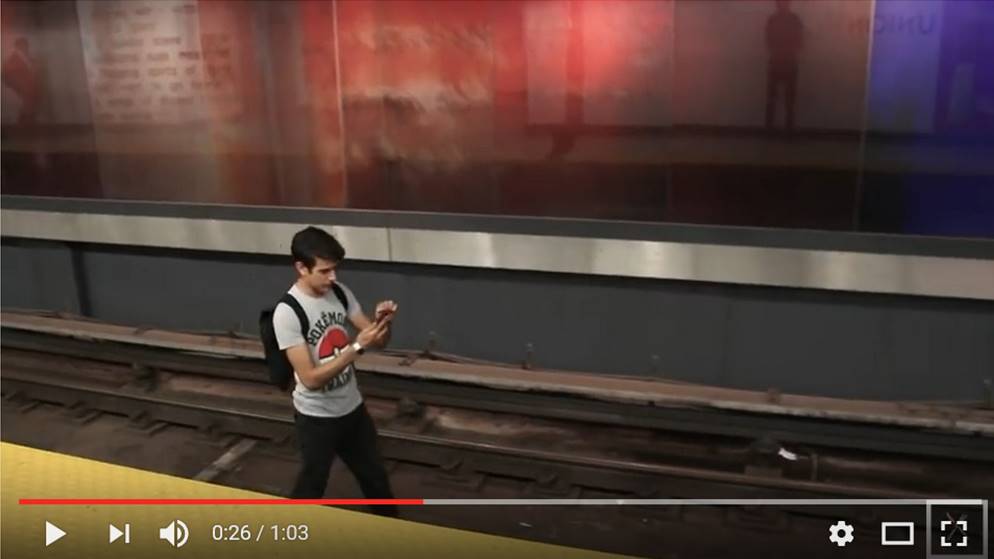 Pokémon Go launched in Canada earlier this week on iOS and Android and there’s no doubt the game has a loyal following. After all, over 3,600 people showed up at the CN Tower for an unofficial launch party.

However, authorities have communicated safety concerns regarding the game. Most are stating to keep you head up and be aware of your surroundings, while Sick Kids Hospital requested Pokémon Go players to stay away and not to drop lures inside or outside of the building.

Today, on Twitter, TTC’s PR manager Brad Ross, posted a couple screenshots of a person exiting the subway and hopping onto the tracks to snag a Pokémon. “An incredibly dangerous stunt that could have resulted in death, serious injury or prolonged delay for 1000s. Not OK,” says Ross.

It seems that this stunt was by “Noodle Boys,” which is a Toronto-based production company, that created a video called “Pokémon Go Problems.”