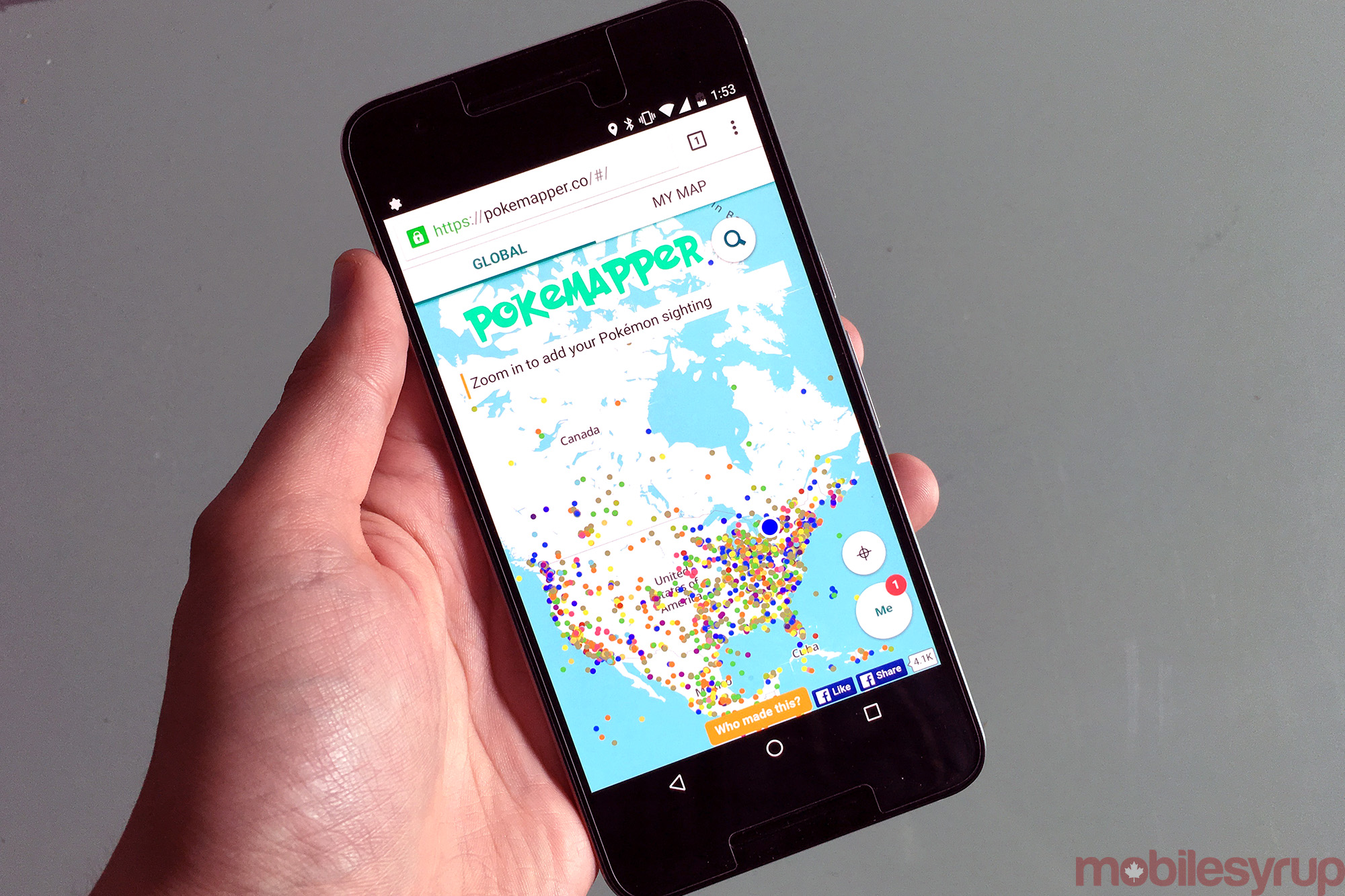 Actually finding Pokémon, however, especially with the game’s “Nearby” system currently broken due to an issue with a Google Maps API, is a frustrating task. PokéMapper, a new utility designed to help players find elusive Pokemon, aims to help mitigate this issue by helping players learn where specific Pokémon spawn.

“Our full-time job is OpenRide, a city-to-city, long-distance ride-sharing app,” says Owen Scott, the startup’s co-founder. “We were brainstorming, ‘Okay, Pokémon Go is really popular. Can we do something with it? Can we find cities that have rare Pokémon and organize ride shares to those cities?.'” 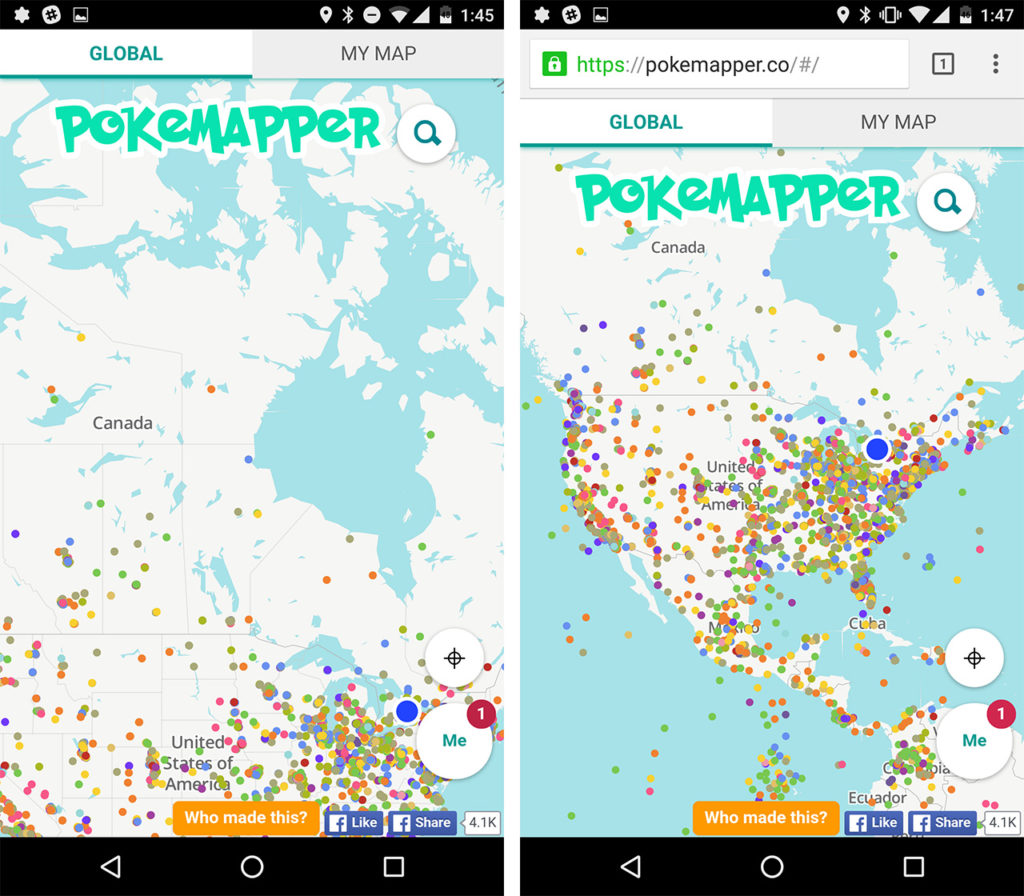 He adds, “Eventually we were kind of like, ‘Well, there’s not an immediate fit for the company,’ but we still really wanted to do something. On the train ride back from San Francisco we decided to just make an app. We were inspired by the fact that we live in Sacramento and work in San Francisco and there’s a completely different distribution of Pokémon in San Francisco,” said Scott.

It’s not entirely clear what makes some Pokémon spawn in certain areas and not others in Pokémon Go, but this is a question PokéMapper hopes to help answer to some extent in an organic way.

“Some people have been trying to figure that out now by hacking the source code, but I know for us it was a lot more interesting to suspend disbelief for this kind of thing and do it like you would for tracking any other kind of species,” said Scott.

The HTML 5-based browser app allows users to manually list Pokémon sightings around the world on a colour-coded, collaborative map, available on Android, iOS and desktop. Blue Pokémon indicate water type creatures, green is for grass and purple allocates ghost type. Tapping a specific circle on the screen allows the user to zoom into that particular Pocket Monster sighting, revealing additional information about the creature as well. The app itself actually works very similarly to the crowdsourced Toronto-specific Pokémon Go map we wrote about last week, only on a much larger scale.

iOS and Android apps are in the works and could launch in the future if the platform remains popular, according to Scott.

Now that Pokémon Go is officially available in Canada, Scott says he expects sightings to increase on the Canadian portion of PokéMapper’s app, though he also mentions that prior to the game’s release, there were still a great number of Canadians using the platform. After all, over six percent of Canadian Android users reportedly played Pokémon Go before its official release this weekend.

“It was written very quickly [the app] and we didn’t expect it to get popular. Most of the last week has been about getting the servers to stay up and making sure it doesn’t bankrupt the company by accident. Now that those two things are taken care of we can start taking the next steps with it,” said Scott, explaining that at the height of the app’s popularity it was costing his company $1000 to host PokéMapper on Mapbox, forcing his team to switch to OpenStreetMap.

Because users are more likely to report a rare Pokémon than those that are common, Scott says his team hasn’t been able to draw any concrete conclusions from the data gathered through PokéMapper so far (though there are a few above). He does, however, mention his team is working on settling the debate related to whether or not water Pokémon actually spawn near real-world water.

In total over 43,000 Pokémon sightings have been added to PokéMapper since its launch last week. Since its PokéMapper’s launch over 500,000 users have visited the platform.

PokéMapper is created by the same U.S. and Canadian-based team behind OpenRide, a city-to-city long-long-distance ridesharing available in Canada, Europe and the United States.

Related reading: This crowdsourced map shows where to find Pokémon in Toronto [Update]