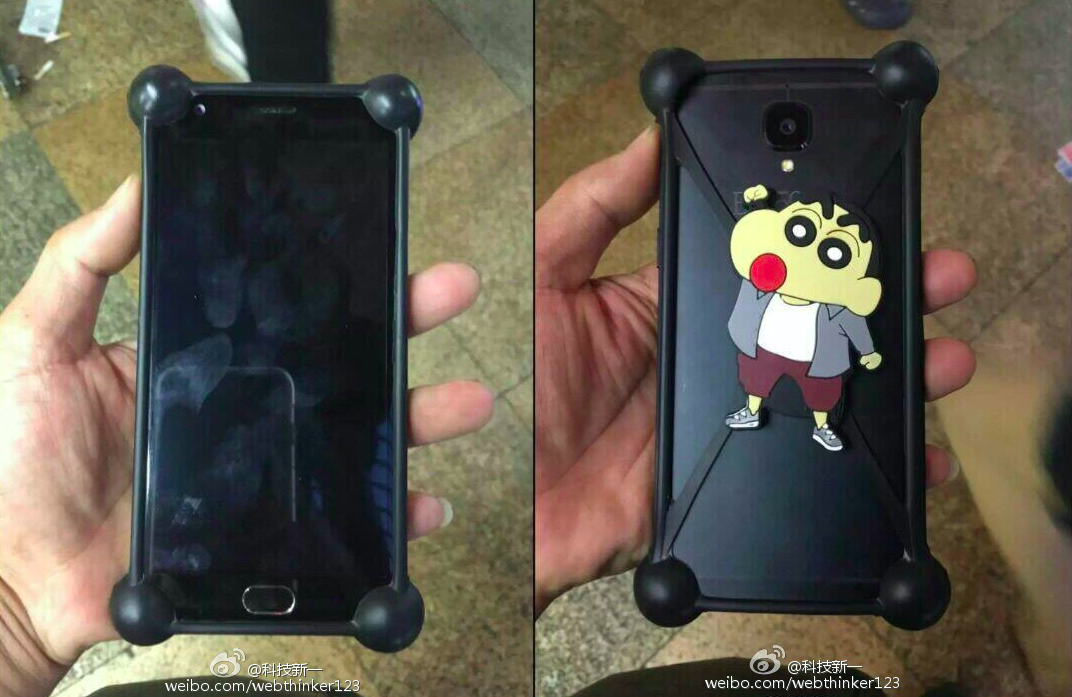 Some of photos of what may be the OnePlus 3 have surfaced on Chinese social platform Weibo, revealing what appears to be a phone with a metal back and HTC-like antenna lines. The pictures also show a physical home button.

Though the phone has a rather fabulous case on it, it’s possible to see that the back has a slight curvature and is likely all metal. If the leaks are accurate, this design is an interesting departure from the look of previous OnePlus phones. The company’s latest phone, the OnePlus X, featured an all glass frame, while the OnePlus 2, the OnePlus 3 is presumably designed to replace,  plastic with a metal frame, and the OnePlus One was all plastic.

In addition to the Weibo leak, Twitter user @krispitech shared shots of what looks like the same device (this time without a case), as well as what looks like near final packaging.

The OnePlus 3 is expected to launch next month, and according to rumours there will be two variants: one with a Snapdragon 820 SoC, 4 GB of RAM, 32 GB of internal storage and a 16-megapixel rear-facing camera at the lower end, and the other with 6 GB of RAM and 64 GB of internal storage. Both will purportedly have 5.5-inch screens and run an Oxygen-customized version of Android 6.0.1.