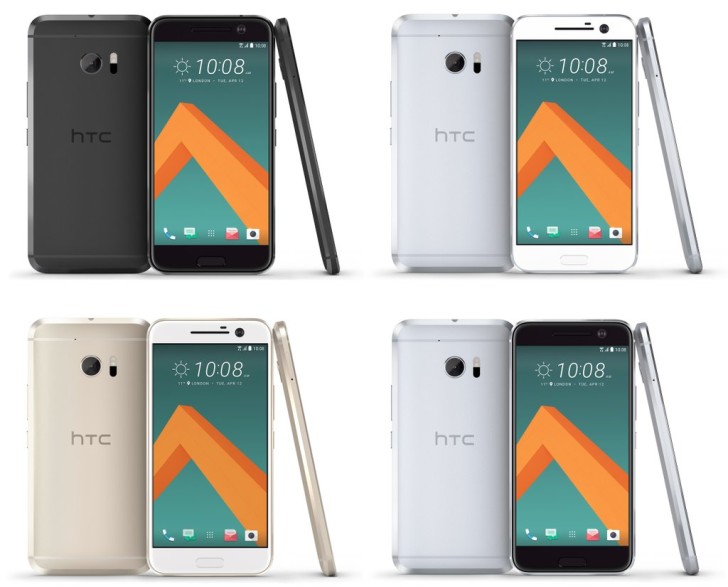 HTC is not schedule to unveil its latest smartphone, the HTC 10, for another couple of weeks. In the meantime, new leaks of the device seem to be filtering out onto the Internet on an almost daily basis.

The latest leak you see below comes courtesy of Twitter user Tanalibera who shared two images of the upcoming phone.

This is the first time we’ve gotten a good look at the 10’s software.

You’ll notice in the second photo HTC has seemingly brought back its signature Sense weather and clock widget. With several of its more recent smartphones, most notably the One A9, the company toned much of the extravagance that characterized earlier versions of its Android skin.

In the header image for this post, the four phones pictured have the more minimal weather and clock widget that came with the One A9. It’s possible the company plans to allow users to choose between the two widgets. Given that the 10 represents a significant milestone in HTC’s history as an Android OEM, it would make for a nice touch to give users this option. Alternatively, the person who posted the image could have downloaded one of the many Sense-style clock widgets available on the Play Store.

We also get a look at the phone’s button setup. Taking a cue from Samsung the 10 appears to feature dedicated back and multi-tasking capacitive touch buttons. When HTC added a front-facing fingerprint sensor to the One A9, the company could not include the BoomSound speakers that had been a unique feature of its previous phones.

Now with the further addition of capacitive touch buttons, it looks like the Taiwanese company is preparing to abandon that hardware feature completely. It’s a shame because the speakers were always well-received by both users and critics.

Yesterday, Evan Blass shared another set of images of the HTC 10 (seen at the top). They corroborate an earlier leak, which indicated that the silver 10 will be in a white and black face variants. He also notes the official names for the phone’s colours, which are reportedly “Carbon Gray,” “Glacier Silver” and “Topaz Gold.”