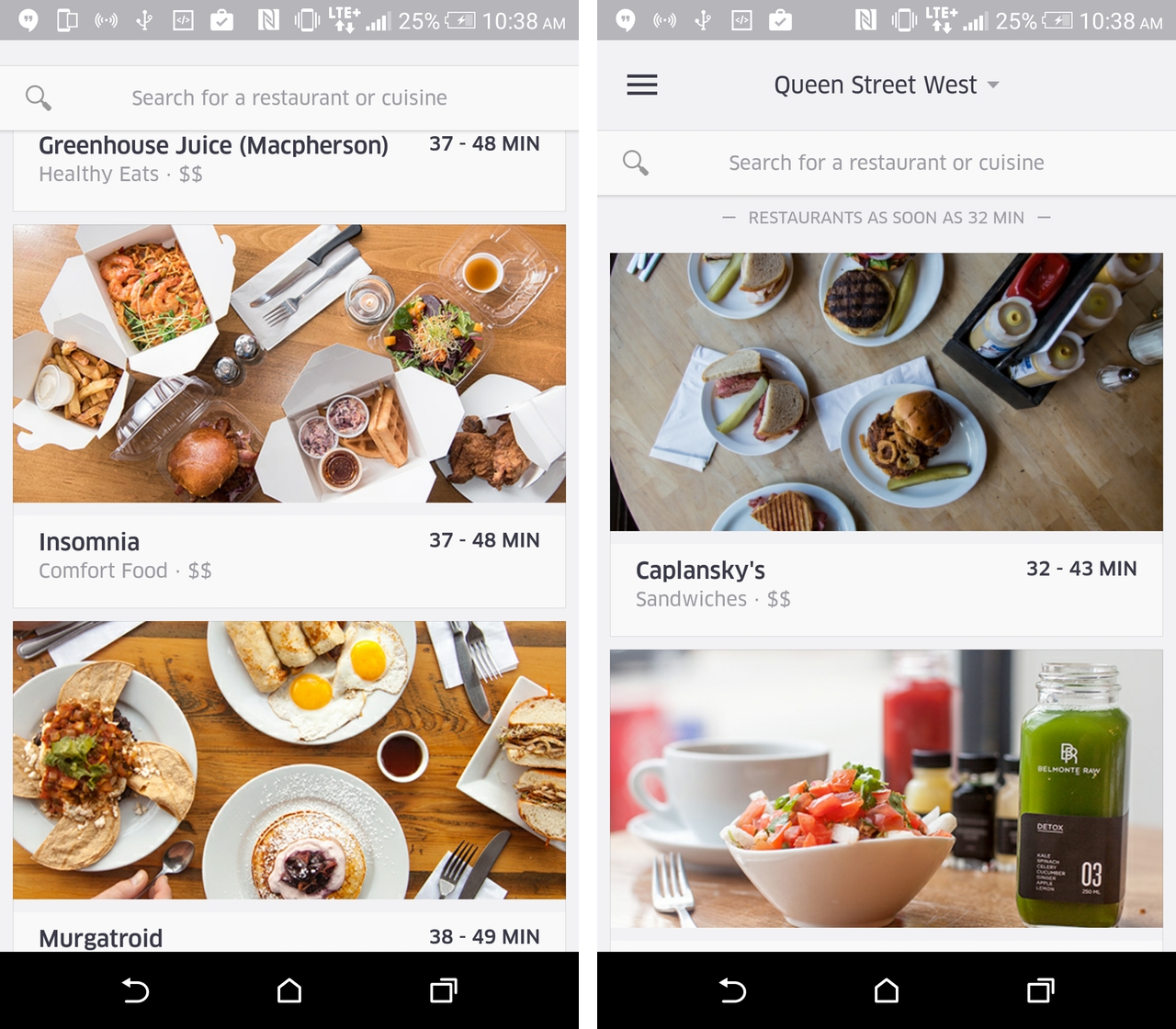 Android users, your time is now. The #UberEATS app is available in the Play Store today: https://t.co/GzgDhqKM0I pic.twitter.com/WKRJwFyvpG

As with its iOS counterpart, the Android UberEats app allows Toronto residents to order from some of the city’s most well-regarded restaurants, including La Cubana, Feast and Hawker Bar. Items ordered from the app’s signature menu are guaranteed to be delivered in 10 minutes or less.

Download the Android version of UberEats from the Google Play Store. The iOS version, which, as mentioned, has been available for some time, is available through the iTunes App Store.