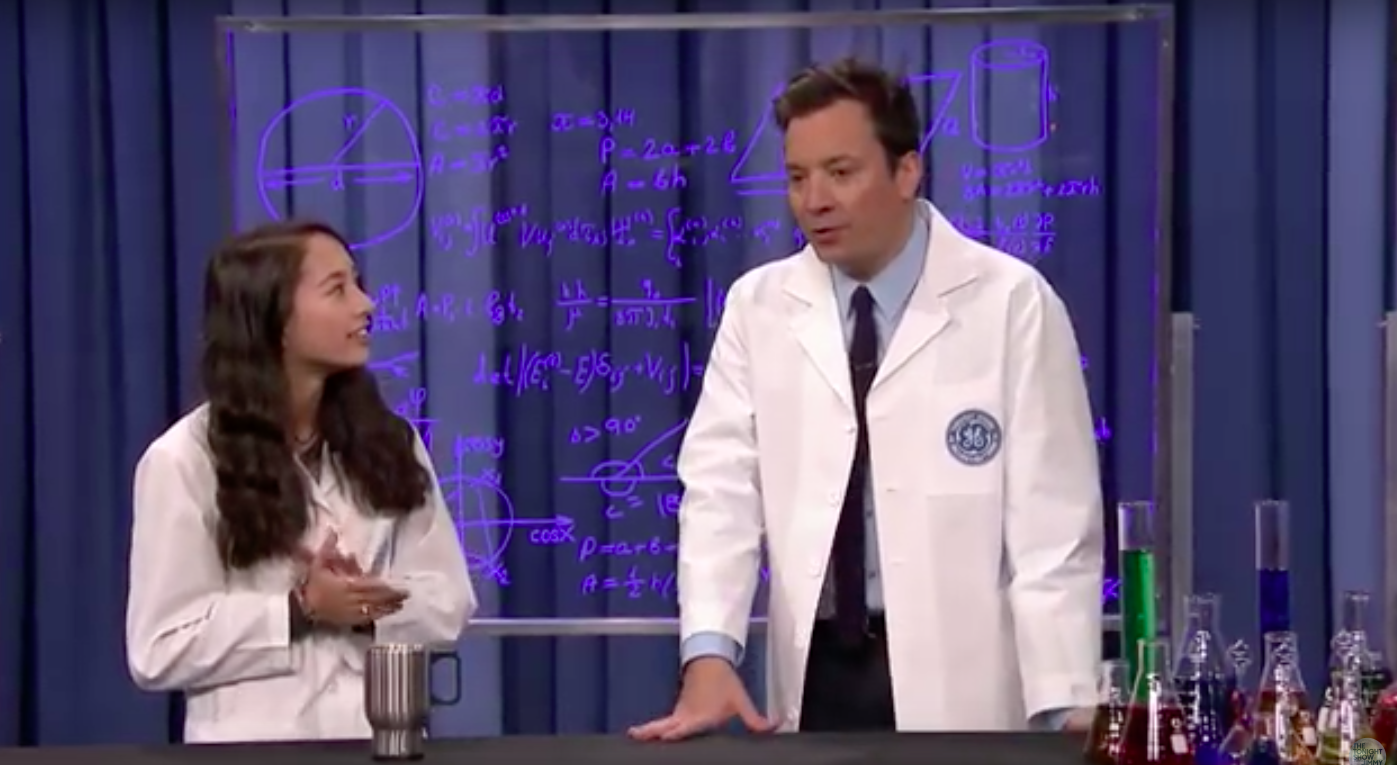 Ann Makosinski, the Canadian teenager who invented a body heat-powered flashlight at the young age of 15, is back with her latest creation.

Now 18, Makosinski has created a coffee mug that uses the residual heat cast off by a warm drink to recharge an iPhone or iPod. The invention recently won her $50,000, and an appearance on the Tonight Show with Jimmy Fallon. This was Makosinski’s second visit to the Tonight Show. Previously, she appeared on the show a little less than a year ago to show off her first invention.

The University of British Columbia student says she created the mug to address two issues: coffee often too hot to drink, and smartphones with near-to-dead batteries, problems Makosinski says her friends face each day.

Makosinski plans to use the money she won to improve both her most recent invention and the flashlight she created when she was 15.

Check out the mug in action in the video below.