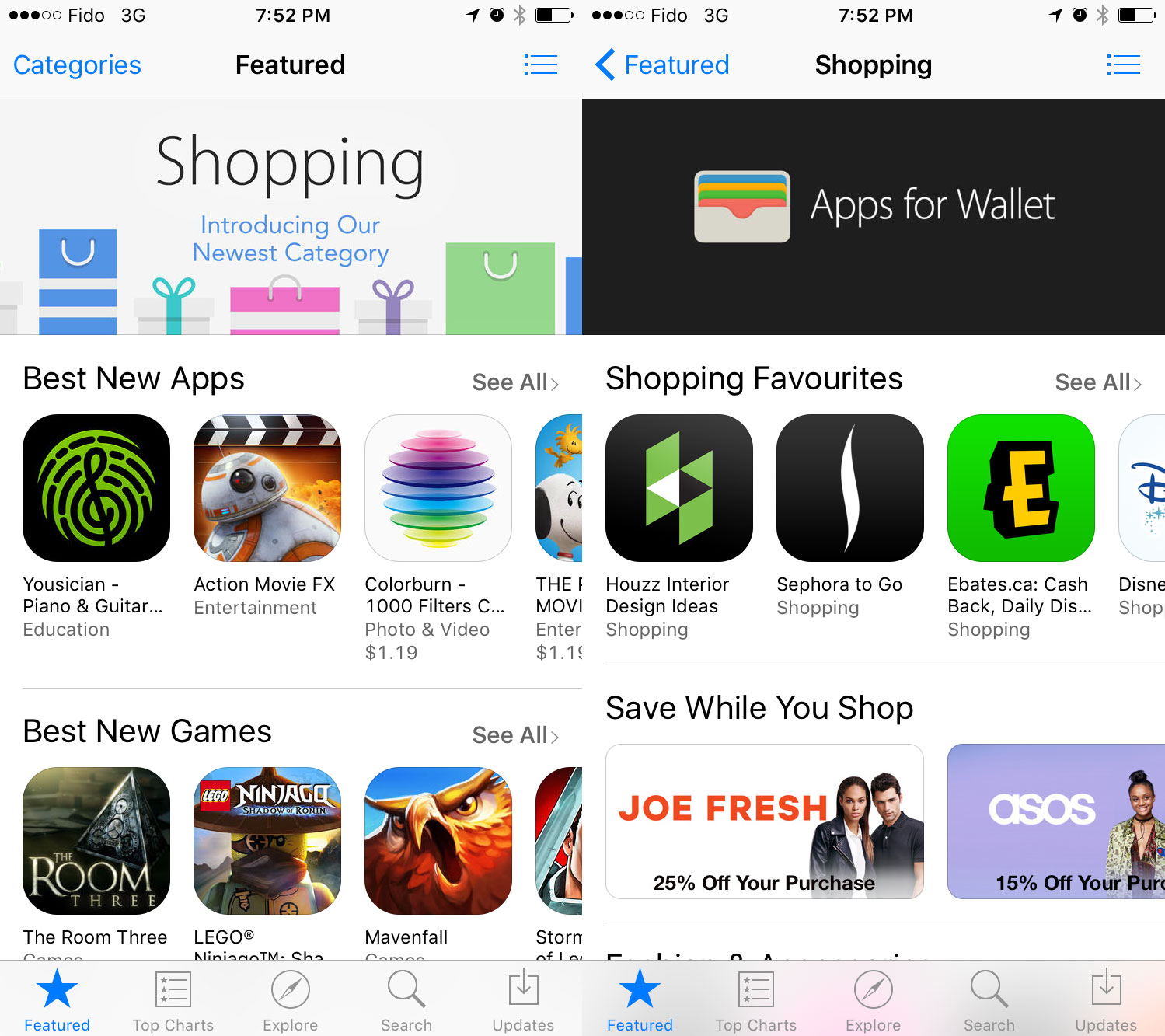 Making it onto the top charts of Apple’s App Store has been a sign of success for apps since the App Store launched back in 2008. However, given that there are over a million apps in the store, it can be pretty hard for some very valuable ones to get noticed. Until now, for instance, the ‘Lifestyle’ section of the App Store is just full of apps that could each be separated into their own dedicated section.

Today, as rumoured, shopping apps are getting just that. If you open the App Store on your iOS device or in iTunes, you will see a dedicated Shopping category, and it’s packed full of great apps. There’s even a special “Save While You Shop” subcategory of apps which will give limited-time discounts for shopping within their respective apps. These apps include Joe Fresh, Frank and Oak, Aldo, Beyond The Rack, and more.

Obviously, Apple has a lot to gain from giving commerce apps a boost, but other companies and consumers will also benefit from this with added convenience and security of Apple Pay (once that launches in Canada) and Touch ID. In addition to apps from retailers, the section will also feature deals apps and shopping aggregators like GroupOn, so there’s something here for everyone.

Go and check out the Shopping section in the App Store now on your iOS device or in iTunes.