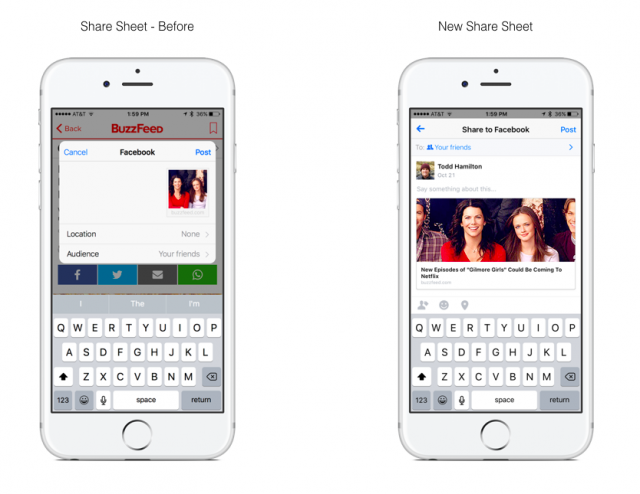 The Facebook app on iOS (battery drain issues notwithstanding) has long been an example of pretty solid design on Apple’s mobile platform, with one glaring exception. When native iOS sharing first debuted, both the web, and Facebook were simpler places. But with the release of share extensions in iOS 8, the old, simple style of native sharing looks incredibly out of place.

If you are one of the millions of users who shares content to Facebook via their iOS device every day, look forward to seeing this new interface in a forthcoming update. While it seems like a relatively small change, it represents a big step forward for the company in terms of mobile sharing.

Google Chrome extension pauses YouTube when the viewer looks away