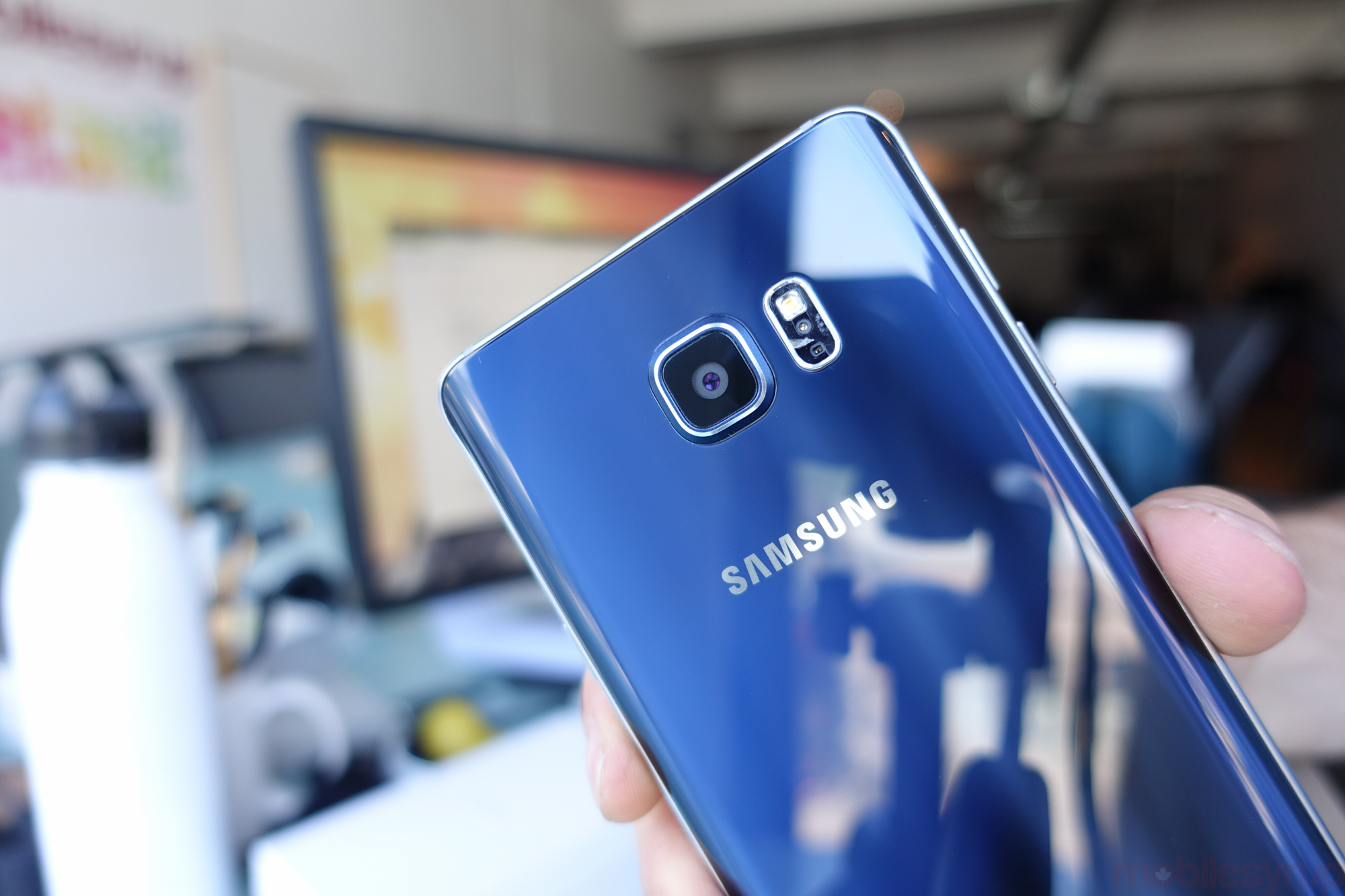 With 355.2 million smartphones shipped worldwide, Q3 2015 is now the second best quarter ever, according to the International Data Group’s (IDC) latest report on the global smartphone market. That 355.2 million in shipments also represents a 6.8 percent increase over the same period a year ago.

Unsurprisingly, with 84.5-million units shipped this past quarter, Samsung is still the world’s most prolific smartphone maker. The company had a productive quarter thanks to a better than expected September, which it accomplished by launching the Galaxy S6 edge+ and Note 5 in August, a month that doesn’t see many product releases. 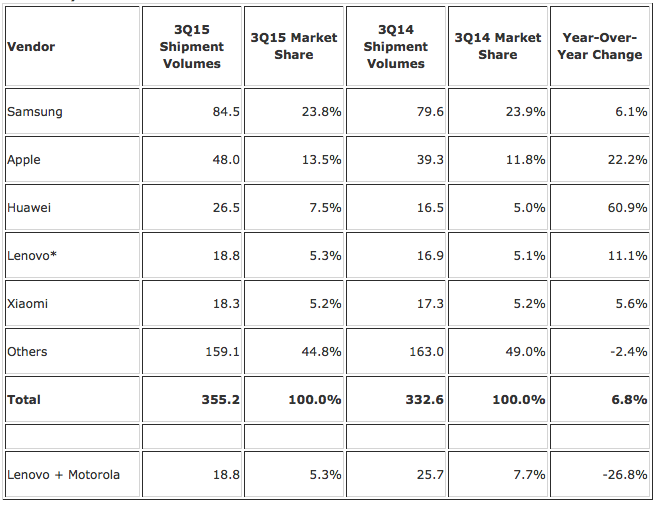 As we saw during its financial call yesterday, Apple had another exceptional quarter. The iPhone 6s and iPhone 6s Plus’ record 13-million unit opening weekend helped the company ship a total of 48 million iPhones this part quarter, a 22.2 percent increase over the same time last year.

Once again taking the third spot is Huawei, which shipped 26.5 million smartphones, a 60.9 percent year-on-year increase. As the IDC notes, it will be interesting to see how Nexus 6P shipments affect Huawei’s Q4 performance. Traditionally, Nexus smartphones haven’t sold exceptionally well, but, at least in North American and Europe, the 6P is certainly the most visible smartphone Huawei has released to date.

Check out the full IDC report on the organization’s website.