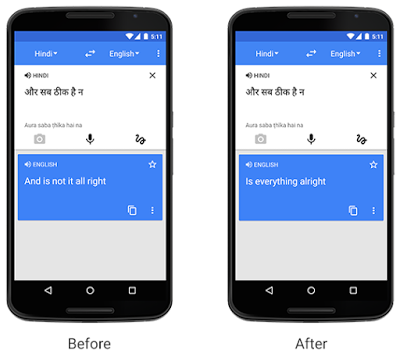 Google Translate is a valuable app to have on your device or bookmarked on your desktop. While there is no specific number of how many people use the service on a daily basis, Google notes that it’s “a whole lot” and now translates over 100 billion words a day.

On a blog post, Google says it recently improved the service with better cross-language communication tools that bring informal speech results rather than simply displaying each word individually. This was made possible by hundreds of thousands of people within its user community that aim to improve Google Translate so people can casually communicate better.

Google Translate is available in 90 languages and has dedicated app on Android and iOS.