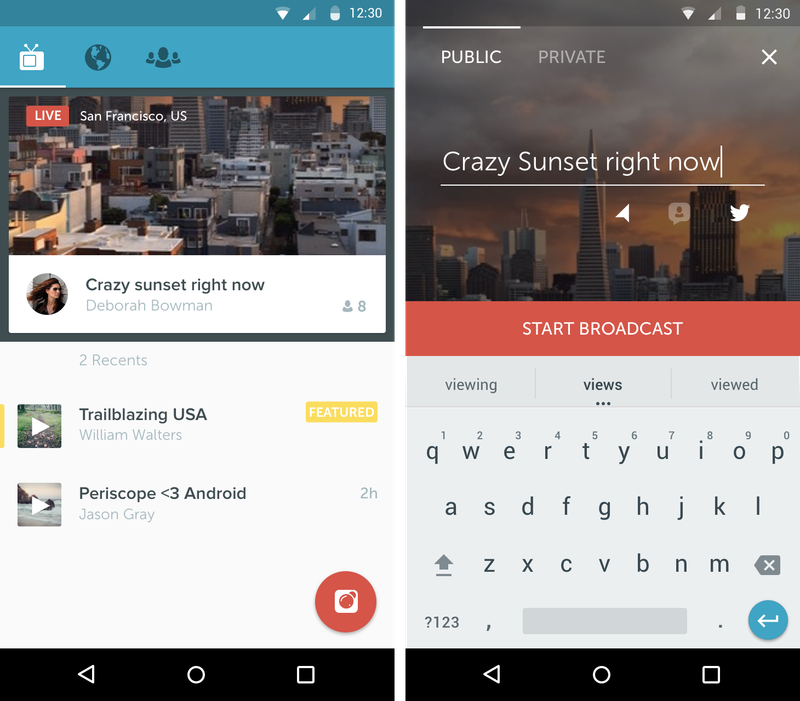 Periscope is already on iOS and now two months later, Periscope came to Android, bringing with it a Material Design-inspired interface and a number of exclusives, such as better notification control and a new “return to broadcast” feature. According to Google Play, Periscope for Android has now passed the million mark. On the company’s app marketplace, downloads of Periscope are shown to be somewhere between 1,000,000 and 5,000,000.

The bottom line is that live streaming apps are helping change the media landscape, millions of users at a time.

Periscope will now let you invite guests onto your stream