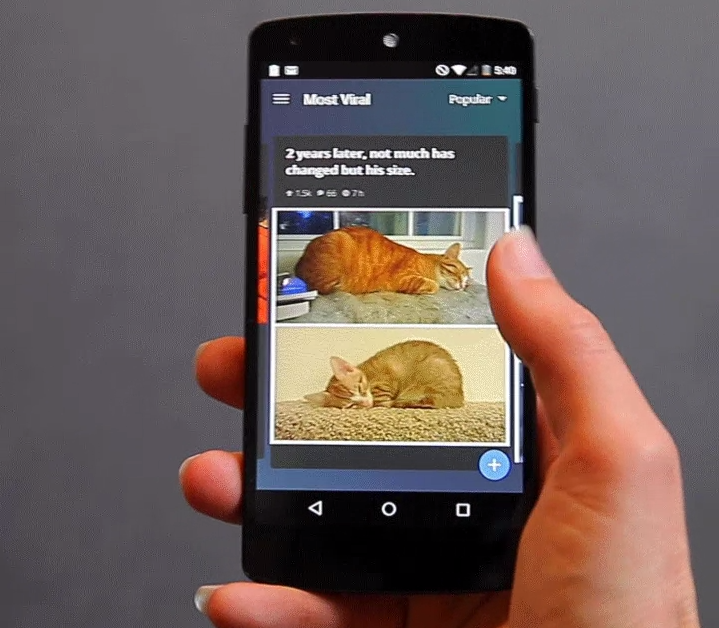 Imgur is a well-known source for crass and funny images, and GIFs that often go viral. The site has increasingly become the go-to image upload service for Reddit users around the world. The company released its Android app almost two years ago, and is now teasing an upcoming redesign, which is scheduled to come to Google Play on June 2nd.

The company notes on its site that they know the current Android app “has serious issues,” and says that they are working on launching a fully native app. The GIFs shown reveals an intuitive UI and the added ability to read comments, upvote, favorite and “do all that other stuff you like to do [on Imgur].”