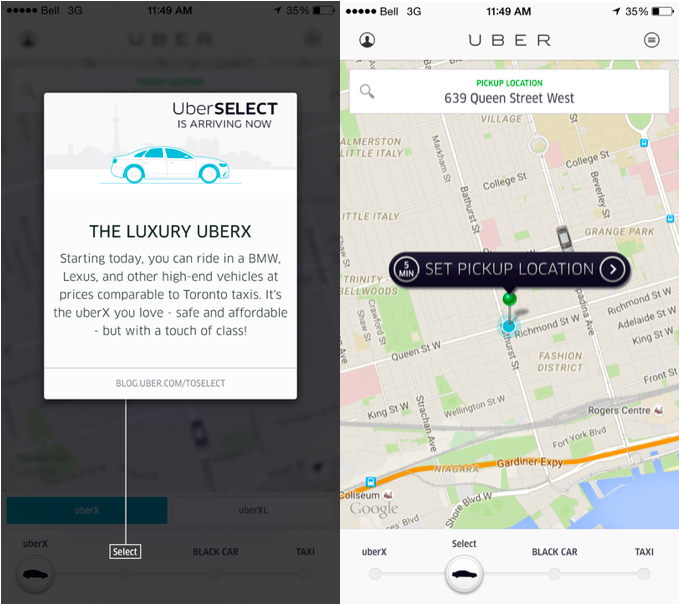 Despite ongoing scrutiny from local politicians across the country, Uber continues to roll out new services in Canada.

UberSelect, which the company describes as a luxury variant of UberX, is now available in Toronto. The company notes that the service allows its customers to “ride in a BMW, Lexus, and other high-end vehicles” while not breaking the bank.

Last week, Uber held a rally in Toronto where it called for more “common sense regulations.” At the time, Ian Black, Uber Toronto’s general manager, said, “It’s really important what we’re doing today, that we’re standing up for ride-sharing in Toronto and making our voices heard at City Council. I’m sure you know it’s an important time for us at Uber. We risk the city taking Uber away from us; we can’t let that happen. We can’t let Uber be taken away from the city, because there’s too many people who work on the Uber platform and deserve to have jobs in the city.”

The rally was in response to some of Toronto’s politicians calling for the service to be banned from the city. That said, other politicians, specifically Mayor John Tory, have said that Uber is “here to stay.” Coincidentally, the company hired two of the mayor’s former staffers, John Duffy and Nick Kouvalis, to help its efforts in Toronto. The latter helped Rob Ford secure his mayorship in 2010.