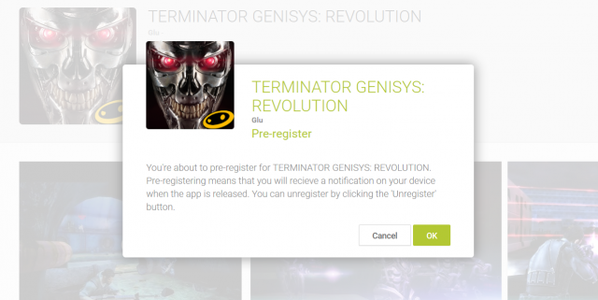 Similar to pre-ordering the latest book or movie, Google has unveiled a new feature that allows Android users to pre-register for upcoming games or apps before they become available to purchase on the Google Play store.

Developers can use the “pre-register” listing to promote an app or game before its public launch, or to simply gauge public interest and see how it might perform once released.

While this feature is set to gradually roll out, the first app to take advantage of it is Terminator Genisys: Revolution. Glu-Mobile, the developer of the game, says, “Pre-registering means that you will receive a notification on your device when the app is released. You can unregister by clicking the ‘Unregister’ button.”