Meerkat now available to everyone on Android 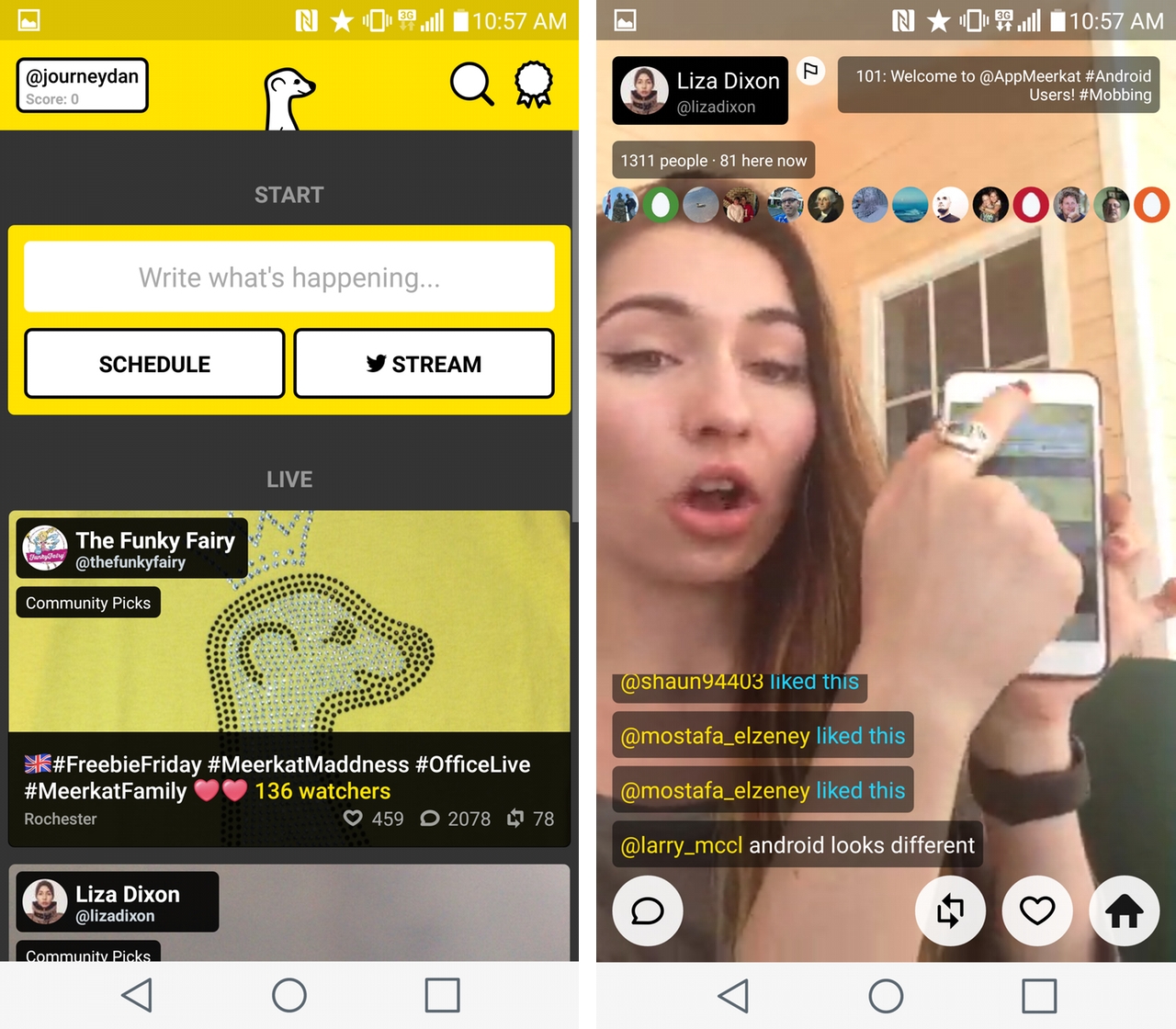 Live streaming service Meerkat released a private beta for its forthcoming Android app on April 16th. At the time, the company didn’t say how many people would be welcomed into the beta, or when the app would be released to everyone.

Now, two weeks later, Meerkat is available to all Android users running 4.2 and up. The app still carries the beta tag, but there don’t seem to be any restrictions in terms of device compatibility.

In the race to own the live streaming app space, Meerkat’s main competitor is Periscope, which is owned by Twitter and doesn’t yet offer an Android app. The latest iOS stats revealed Periscope had 1 million downloads within its first 10 days of availability. Meerkat, on the other hand, had 120,000 after three weeks. As of today, Meerkat’s Android app has been downloaded between 100,000 and 500,000 times.

Meerkat notes in its Android app description that “everything that happens on Meerkat happens on Twitter” and you should “be kind” with the content you stream. Recently, the NHL banned the use of live streaming apps such as Periscope and Meerkat at its games, stating that using the apps were a “violation of the NHL’s Broadcast Guidelines.”