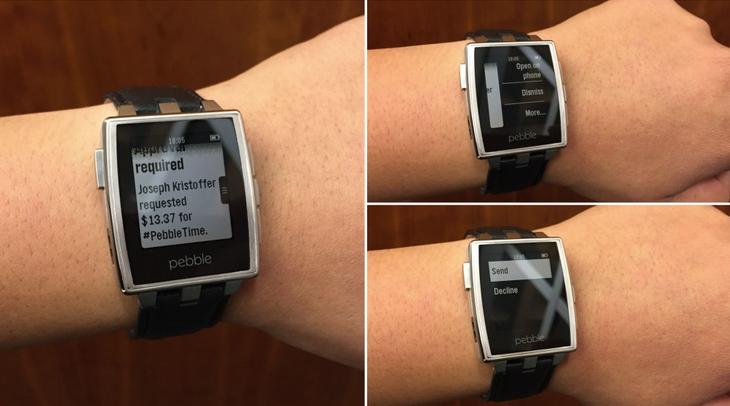 If beta testing groups aren’t your bag, we’ve got some great news: Pebble has announced the general availability of Pebble v2.3.0. In the month since the beta testing period opened up, Pebble has also added user-defined responses, so you can shoot back something a little more personal than, “See you later,” or “Let me get back to you.” Pebble users will also be able to respond to Hangouts messages with emoji and send money using Square Cash. Basically, any app that has been updated to take advantage of Android Wear can now be routed through Pebble, with identical interactions.

This public release also brings a fix for WhatsApp notifications, support for Android 4.0+ devices, the usual bug fixes and improvements, and the automatic app and watch face updates when your Pebble is idle. Note that if you’re updating to Pebble 2.3 on Android, you’ll need to already be on Pebble Firmware 2.9.