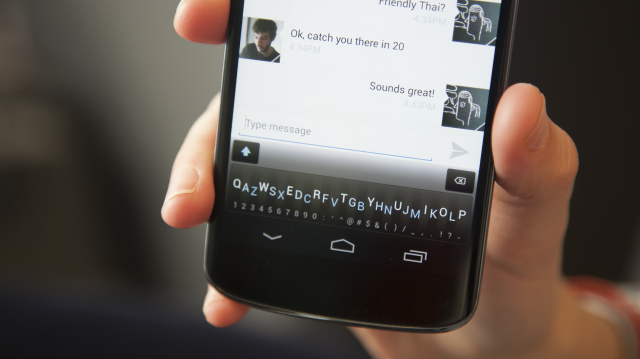 Toronto-based Minuum developed its one-dimensional “smarter smaller keyboard” mid-2013 and immediately gained attention of early adopters. The app was first released on Android, then late last year launched on iOS when Apple unleashed iOS 8. While there’s no indication of how many users — Google Play notes between 50,000 to 100,000 downloads and Apple unfortunately does not list numbers — Minuum stated on Twitter that users are now “tapping 100 million keys a week!”

Minuum’s 3rd party keyboard aims to be the input method of choice for smartphones and smartwatches by giving you more screen real estate. The company recently teased a promo video that displayed how its keyboard could possibly make it to other devices, such as smart glasses, and even an your arm by eye scrolling.