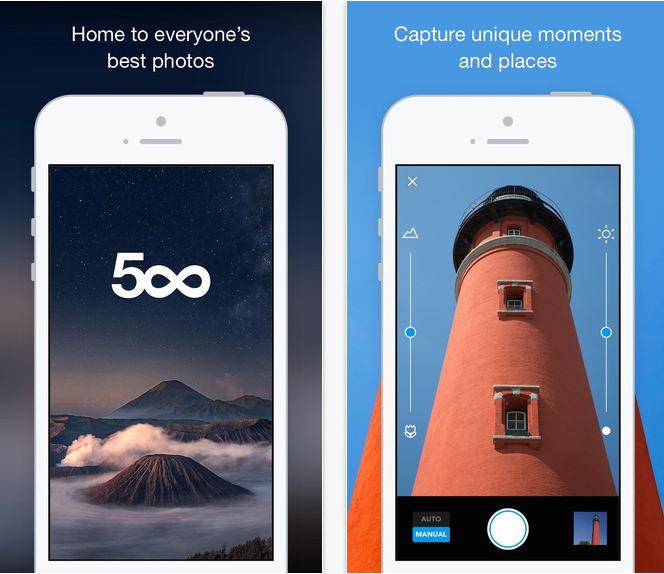 500px, the Toronto-based company behind the popular photo-sharing site of the same name, has announced a new version of it iOS application that offers several new features aimed at mobile photographers, including the ability to actually capture photos. 500px said that this new iOS app is part of a larger effort to inspire its users to create and share images regardless of their platform.

“Artistic images should not be limited to one platform or community,” said Evgeny Tchebotarev, Chief Photography Officer of 500px. “We saw a big variance in the tools available for traditional photographers and mobile photographers.  This new 500px iOS app empowers mobile photographers to use the platform they are most comfortable with and strengthens the experience with features to enhance their creativity.”

The update leverages the iPhone’s camera so users can take photos from within the 500px app. There’s also editing via Adobe Creative Cloud, and users can access their Adobe Lightroom Mobile photos and directly upload them to 500px.

Along with the above (and the usual bug fixes and performance improvements), 500px for iOS now supports the larger screen sizes of the iPhone 6 and 6S as well as 1Password for login authentication.