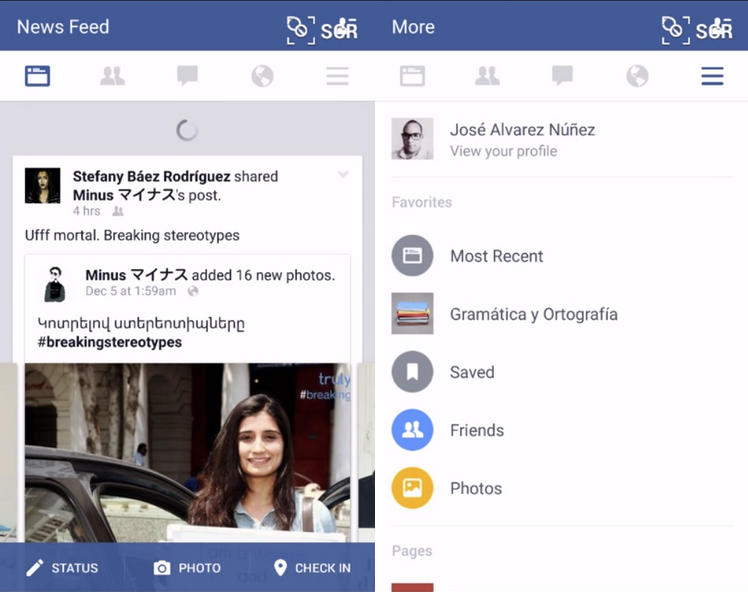 Facebook is apparently testing a new UI for its official Android application. Android Police reports that the company is gradually flicking the switch on a server-side change that gives the app something of a Material Design flavour.

Facebook hasn’t made any formal announcement about this new UI, which adds more consistent and colourful iconography to the menu panel and a flatter overall look. It’s not clear if this is a big effort to go Material Design or if Facebook is just drawing on some of the Material Design guidelines that Google laid out earlier this year.

However, it seems this is only for Android and fairly random in its distribution. We’ll update you as soon as we hear anything official. For now, you can check out the video below from @josealvarezn for a walkthrough of the new Facebook UI on Android: