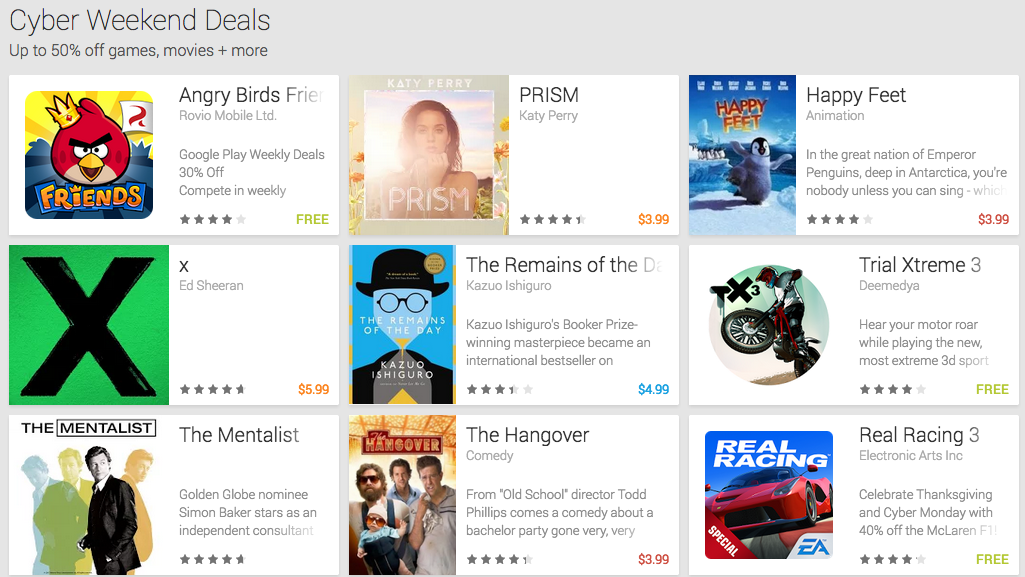 Thanksgiving has come and gone for us Canadians but that doesn’t mean we can’t be grateful for the joy that American Thanksgiving bring us. Specifically, all the deals and discounts that have crept north of the U.S./Canadian boarder over the years.

We’re already seen countless advertisements for upcoming sales from major Canadian retailers and now Google is getting in on the action with details on its plans for the biggest shopping weekend of the year.

The Canadian Google Play Store now has a section for Cyber Weekend Deals that’s boasting up to 50% off games, movies, and music. There’s a range of music, movies and books available for under $5 a pop.

No telling when these deals expire but based on the name alone, we’d hazard a guess that they’ll be available all weekend. Check out the Play Store for all the available deals.