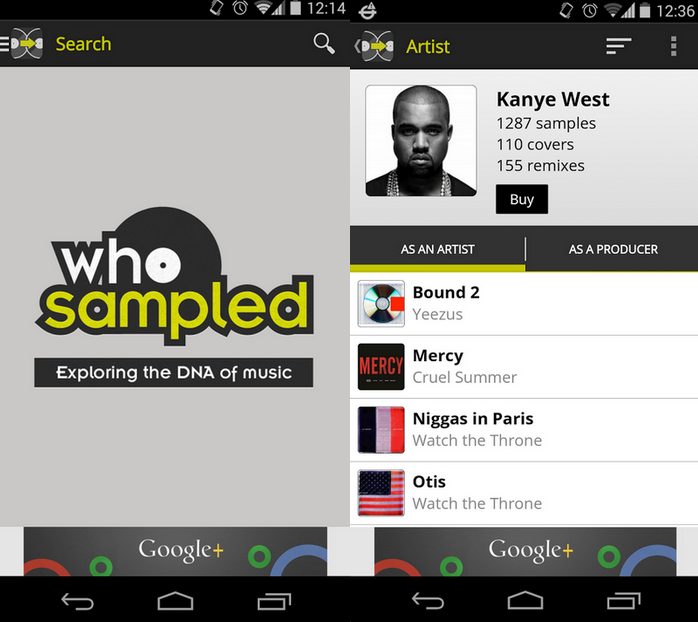 WhoSampled, the service that tells us which artists have sampled which songs, has been around for years (since 2008, in fact), and iPhone users have been able to use the service on their phone for a long time. This week, WhoSampled is finally bringing the magic to Android users.

WhoSampled on Tuesday announced availability of its Android application. The app packs in all the features iPhone users have been enjoying for the last two years, including (of course) access to the WhoSampled database of music DNA, which contains more than 270,000 tracks. Users can compare tracks side-by-side, share discoveries with friends, rate music, and view trending music as well as top artists and tracks.

WhoSampled is available for download now and requires Android 2.3 or higher to work.