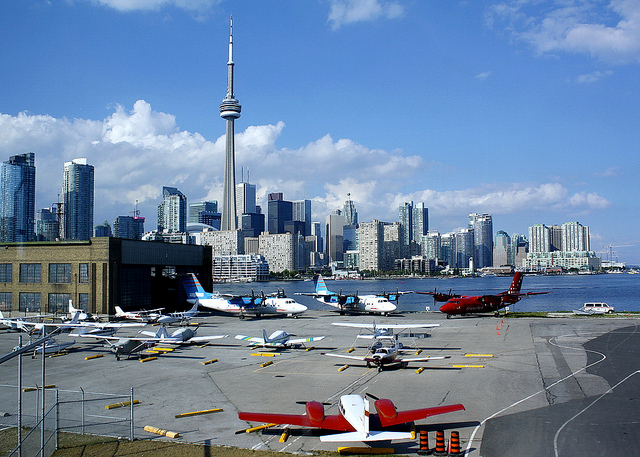 Clear Channel Outside already provides advertising in Pearson airport as well as Vancouver International and a number of regional Canadian airports, and now it’s landing at Billy Bishop with a new digital ad deal.

The company this week announced that it had secured a 10-year contract from City Centre Terminal Corp to provide an ad program with “immersive and experiential digital media” at Toronto’s Billy Bishop Airport. Clear Channel Outside’s ads will provide local and global advertisements across five large-format displays throughout the airport terminal.

Though the announcement doesn’t mention specifics about the types of ads that will be on display in Billy Bishop, it does say that interactive displays will be encouraged. Hopefully it might tie into Connect, which Clear Channel Outdoor plans to bring to 28 cities in the U.S. as well as Toronto. Connect is a new advertising platform that connects with consumers via their phones’ location sensors.

Twitter says users numbers, emails could have accidentally been used for targeted ads