There are over 27 million Canadians with a mobile phone, and it seems like traditional landline usage is, as a result, continuing its free fall.

According to a recent survey by StatsCan, one in five Canadian households are now cellphone-only, an increase of more than 30% from last year. In 2013, 21% of households reported using a cellphone exclusively, up from 13% in 2010. The survey consisted of data from December 2013 of 19,000 Canadian households. The survey showed that the cellphone-only households are more popular with those under 35 years of age, while those aged 55 and over still tend to pick up a home phone. 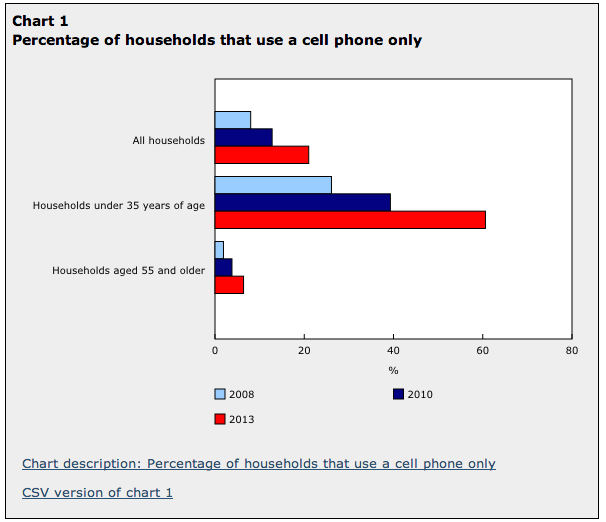