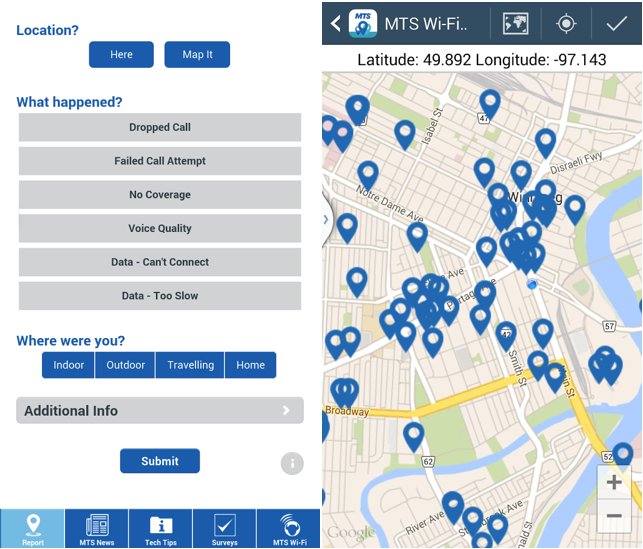 MTS wants to ensure its wireless customers have the best possible network experience, and to that end have launched the “My Network Feedback App.” The app is similar to what TELUS did last year with its own Network Experience, giving customers the power to immediately report voice and data connectivity issues.

The My Network Feedback app is available on all major platforms — iOS, Android Windows Phone, BlackBerry — and allows customers to submit specific problems to MTS technicians from poor call quality, dropped calls, slow data or no coverage. The app allows you to immediately map where your issue occurred, plus includes tabs for the closest MTS Wi-Fi hotspot and the latest MTS news.

The app is free and MTS notes, “There are no data charges incurred for using this app on MTS Wireless devices (excluding MTS Prepaid Wireless Devices).”