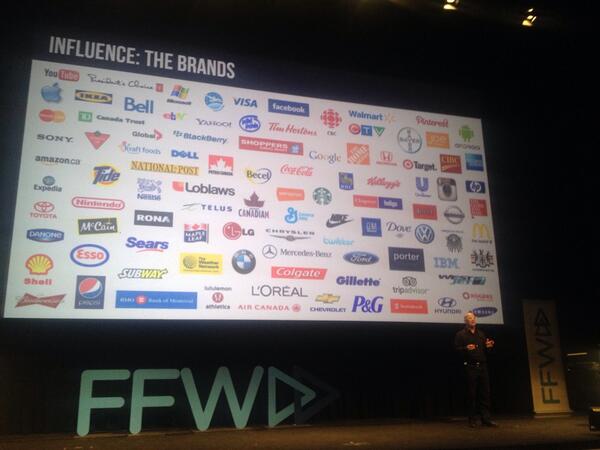 The latest report by opinion research firm Ipsos Reid is the “Top 10 Most Influential Brands in Canada.” The survey was completed in December 2013 and consisted of polling 5,008 Canadians across various ages.

This year, for the second year in a row, it’s Google that reigned supreme as being Canada’s “Most Influential Brand.” The percentage of votes were not mentioned, but Google scored the highest on the various poll topics such as Leading Edge; Trustworthiness; Presence; Corporate Citizenship; and Engagement. Following in second spot is Facebook, then Microsoft and Apple. Unfortunately, missing from the list are any of the Canadian wireless carriers.

Steve Levy, COO of Ipsos Canada, said “To Canadians, brands are more than just corporate logos. They have meaning, personality and even attitude. When it comes to asking which brand is the most trustworthy, has the most presence or is most engaging – the answer can be a very personal one for many of us. This is because we increasingly identify with, relate to, and define ourselves by them – which gives brands something we can measure: influence.”