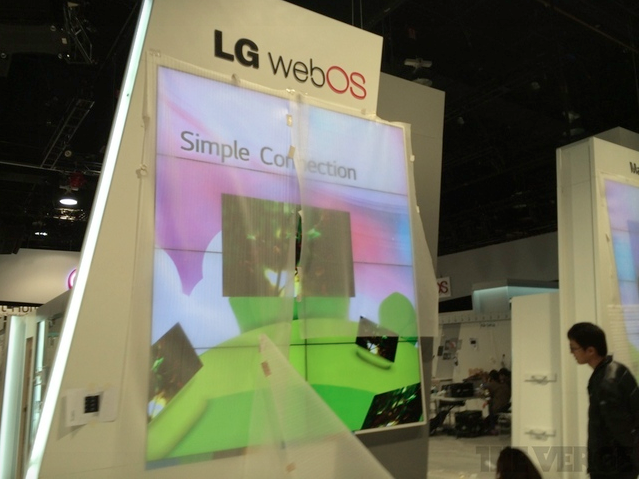 CES 2014 will be bringing new technology to life, but will also bring one back from the dead.

webOS was hailed as Palm’s comeback play back in 2009, but failed to get mass adoption and later sold the farm to HP for $1.2 billion. HP then sold the mobile operating system, which had some unique features that were later borrowed by Google and Apple, to LG who declared they’d transform it to work on its smart TV interface.

Enter CES 2014. An image of LG’s webOS TV already leaked online last week by reputable device leaker evleaks, and now some booth pictures have arrived online straight from the Vegas show floor. While there are still a great deal of unknowns, LG is reportedly highlighting its “easy navigation, fun setup, and simple connection.”

It also looks like LG took the time to slightly rebrand the webOS logo with a bit more style. It’ll be interesting to see how LG will make this webOS-focused TV compatible with all their other smartphone and tablet devices, including those operating on Windows Phone and Android.