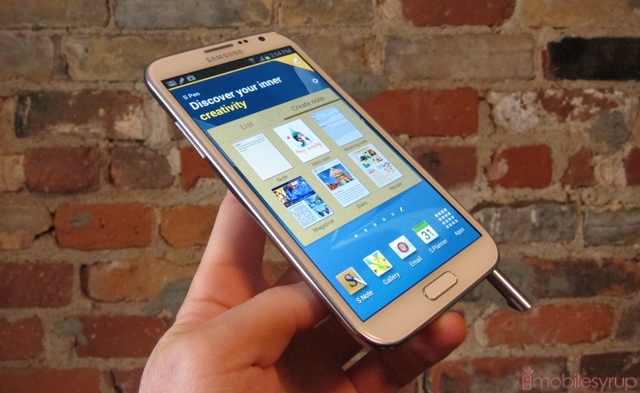 Canadian Samsung Galaxy Note 2 and Galaxy S3 users just started getting the Android 4.3 Jelly Bean update this week, but it looks like Samsung is already working on bringing KitKat to its last generation flagship devices (as well as the Note 3 and GS4, obviously).

iTechAddict points to a leaked Samsung memo that allegedly came from Samsung R&D India. This document suggests the Galaxy S4 and Note 3 will get KitKat in January of next year while the Galaxy S3 and Note 2 will get the update sometime between March and April. Though Samsung hasn’t yet commented on the report, iTechAddict says Galaxy users can expect an official announcement sometime in December.

Of course, dates of update availability will vary depending on region and carrier, but it’s encouraging to know those with older Samsung devices won’t be left out in the cold. Especially when you consider the fact that the Galaxy S5 is said to be launching in March or April. Rumour has it the GS5 will pack a 64-bit Exynos or Snapdragon SoC, 3 GB of RAM, a 16-megapixel camera, a huge 4,000 mAh battery, and Android 4.4 KitKat with TouchWiz on top.