Earlier this week we let you know that the Samsung Galaxy S4 mini would be coming to Canada sometime ‘early October.’ We know that TELUS is on deck to bring this to their customers, but can now confirm that Bell will also be releasing the GS4 mini. Still no word on the exact pricing or a firm launch date.

Update: Samsung announced yesterday that the “GALAXY S4 mini will be available through major Canadian mobile providers and retailers starting October 4, 2013,” but it’s always good to get a bit more confirmation on what carriers will be stocking the GS4 mini. In addition to Bell and TELUS, Virgin Mobile is on deck. According to this screenshot below, the carrier will also stock the usual amount of accessories. 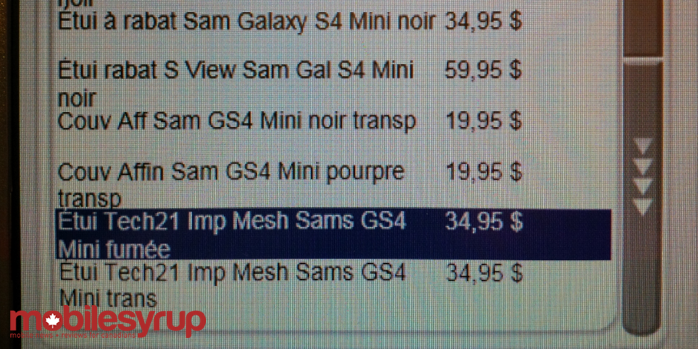