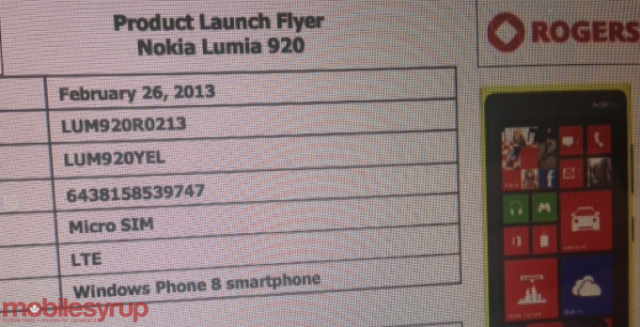 The Nokia Lumia 920 is available at Rogers in Black, Red and White. Rogers stated on January 15th that the yellow version would be released “in the coming weeks.” If you’ve been holding out for this flavour it won’t be much longer now. According to the internal doc we received it shows that stores will soon be receiving stock… so online sales should go live within the next couple days. As for the price, this Windows Phone 8 device will be $599.99 on a month-to-month or $49.99 on a 3-year.

Make sure you check out our Lumia 920 review here.
(Thanks tipster!)