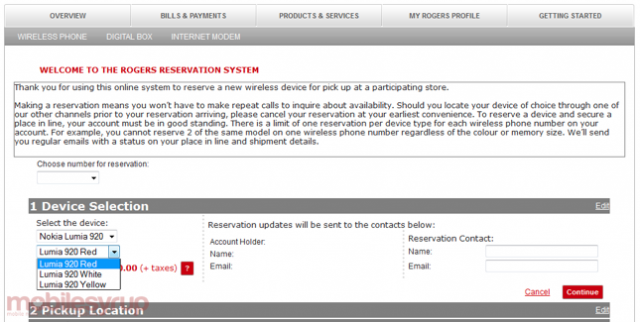 Back on October 29th, Rogers became the first carrier in the world to launch the new Windows Phone 8 powered Nokia Lumia 920. This LTE device was very desirable and came in a plethora of colours, but for some reason Rogers only released the black version. This was a sore spot for some customers as they really wanted other options.

Now, three months later, Rogers has announced plans to bring the red, white and yellow Lumia 920 to Canadians. There’s no word on the exact launch date as Rogers says this will hit stores “in the coming weeks,” but those who want to make sure they secure a device can reserve one on the Rogers Reservation System (you’ll have to drop down a $40 deposit). The red, white and yellow Lumia 920 will be the same price as the black version at $99.99 on a 3-year or $599.99 on a month-to-month plan.