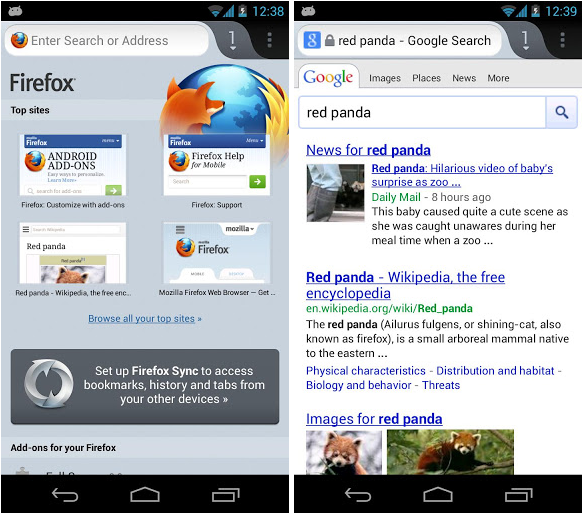 Mozilla announced that it will be bringing its Firefox OS to carrier-sold devices in 2014. But a fundamental part of that ecosystem is the performance of its mobile browser, which is likely why the company is working so hard to perfect the underlying architecture of its Android version.

Mozilla is going in the opposite direction of Opera, which is adapting itself to the high-performance WebKit engine; Firefox started with high-end devices and is now expanding down, promising good performance on two- and three-year-old hardware.

Another big addition to this version is support for per-tab private browsing, a popular feature that disables cookie tracking and does not store browser history, among other things. Previously, an entirely new browser window had to be open; now you can merely switch between several in a single browser.

Firefox for Android is a great alternative to Chrome, especially for devices running Android versions below Ice Cream Sandwich.