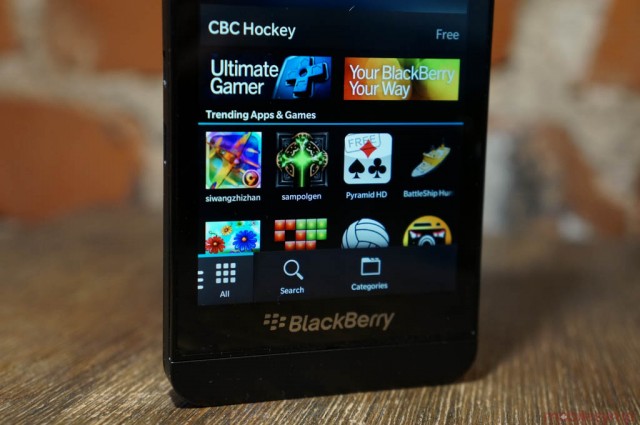 BlackBerry’s re-invention is in full swing. We’ve seen the company shed its legacy corporate name and launch a brand new operating system with BlackBerry 10. Canadian carriers have embraced the new smartphone, the BlackBerry Z10, and the launch day set a new record for BlackBerry activations.

Apart from the physical device and the OS, BlackBerry has also created a new BlackBerry World experience, formerly BlackBerry App World, that aims to be a “one-stop shop for all of your mobile entertainment needs.” Going beyond just offering apps – of which there are over 70,000 – BlackBerry has struck up a content deal with major labels and indie players to provide music, TV shows and movies. For Canadians the prices range from $1.29 a song to $12.99 an album. For TV and movie rentals and purchases the prices are currently between $2.49 to $19.99.

BlackBerry has set up their storefront  to compete with iTunes and Google’s Play Store — not as robust in scale, but still giving the option for users to access to great content with the promise of same-day DVD releases and next day availability of TV shows.

BlackBerry users can currently purchase apps and content directly from their smartphones or PlayBook and have it billed to a credit card or charged directly to a carrier bill. Missing is the option of “gifting” an app. This would be the opportune time for BlackBerry to bring this to life.

The only thing remotely close to a gifting feature was announced a couple years back with the “BBM Mobile Gifting Platform.” This, at the time, hinted that BlackBerry subscribers would be able to “instantly gift airtime, apps and other carrier services from one subscriber to another using BBM.” Only a porton of the planned features went live and we saw the option of requesting for and giving apps via BBM. Nothing is currently available for those outside the BBM platform or for those who simply want to give content to a BlackBerry user.

I know it’s probably a massive undertaking, but it’s time. BlackBerry has over 79 million customers around the world and a Gift Card, or truly “gifting an app,” would potentially help grow the BlackBerry World brand, spurring app downloads and developer revenue.

In addition, a “BlackBerry World Gift Card” would be great for marketing, coinciding with its “keep moving” strategy – basically making it easier for people to give or receive the content they desire at anytime. Imagine seeing a physical BlackBerry gift card in various denominations located in your local big box store or carrier kiosk. Apple is in every corner store with an iTunes Gift Card and Google has their Gift Card active in the States (not yet in Canada).

BlackBerry should go this route.