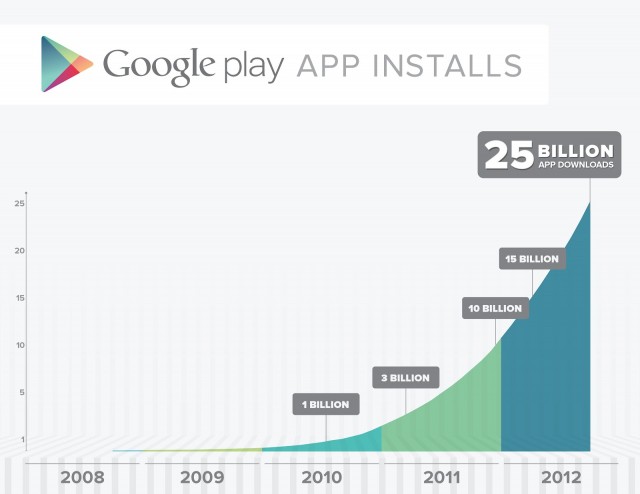 Google announced today that their app store, Google Play, has over 675,000 available apps. In addition, they’ve crossed over the 25 billion app downloads milestone. Both represent a significant boost in numbers from their previous announcement at Google I/O (600,000 apps and 20 billion downloads).

To celebrate this occasion they’ll be discounting select apps to a low $0.25 for the next 5 days. Google notes that we can expect to see titles from Gameloft, Electronic Arts, Rovio, runtastic, and Full Fat. Also included into the mix will be “25 movies you must own, 25 banned books, 25 albums that changed the world and our 25 top selling magazines, all at special prices.” Everything will appear in Google Play later today.