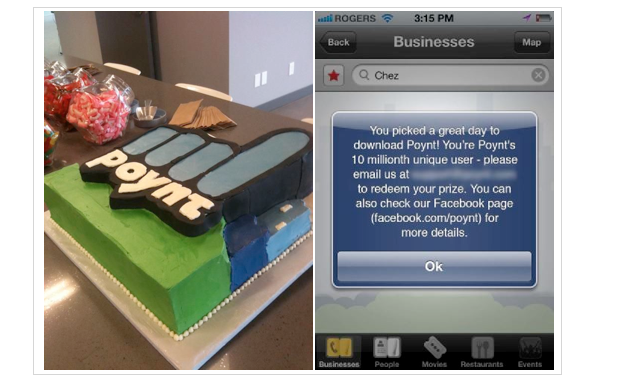 Poynt app is available on the iPhone, Android, Nokia, Windows Phone 7 and BlackBerry devices and we like what this Canadian company is doing. There a small Calgary-based company that has slowly found global success with their location-based service – some of the features of the app give you quick info on local businesses, showtimes, buy movie tickets and book restaurant reservations from your smartphone. They are creeping up to a respectable milestone, the 10 million user mark, and to celebrate they’re giving that lucky person a $2,000.00 travel voucher ($10,000 would have been a bit more consistent).

AirPods Pro second-generation are $30 off at The Source