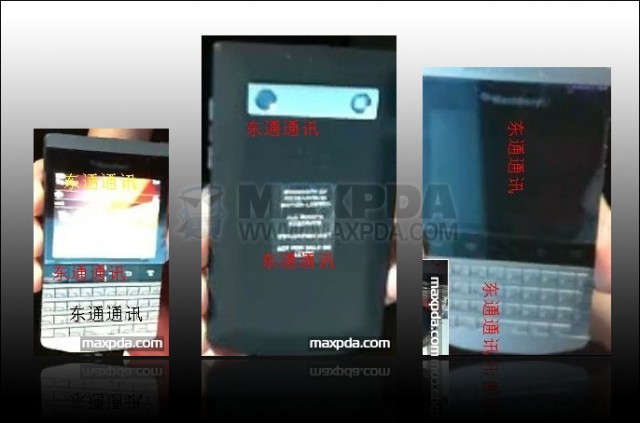 Honestly, please let this be a knockoff. These blurry images are apparently pics of an unreleased BlackBerry that could be something RIM will eventually release. The images were posted on Chinese website MaxPDA and according to the thread it says that the model number might be 9980, sports a full QWERTY keyboard, bigger display and although the OS is not known it could be the new QNX platform. Please let this be a fake.

It’s known that RIM will be transitioning from the BlackBerry OS to QNX, this is what’s currently powering the PlayBook, and rumours are that the first BlackBerry smartphone with QNX will be the “Colt”, coming “early 2012” with a full touchscreen and dual-core processor.

Hopefully the above image is a prototype of some sorts.