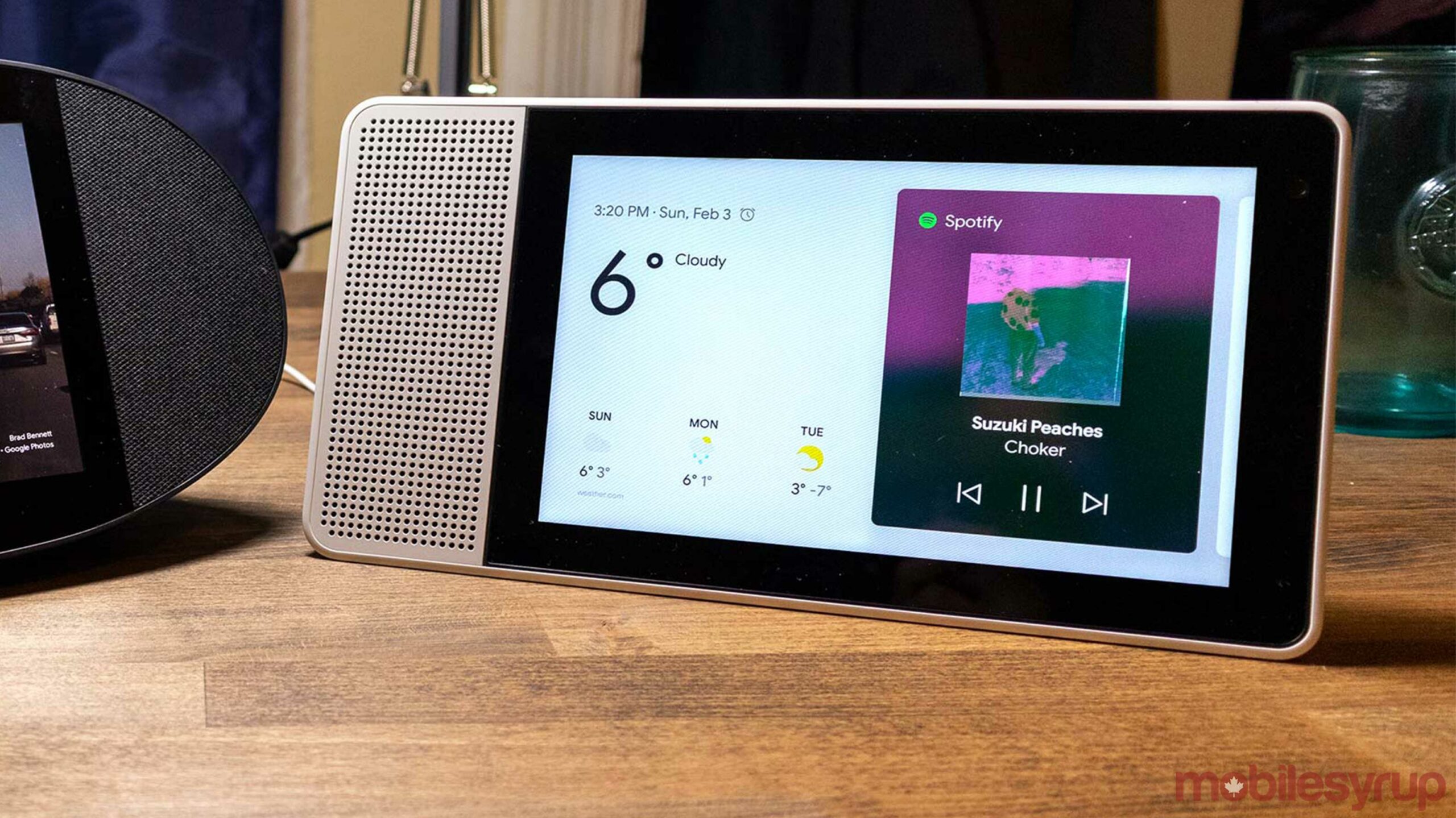 Google appears to be testing a more condensed and useful software layout on its smart display platform.

Some Nest Hub Max users are reportedly gaining access to a new software layout that looks easier to use.

Previously, when Google smart display owners swiped in from the right side of the screen, they were presented with a list of recommended things to do on the display and proactive info like upcoming calendar events. This section is split up into a few columns, and as someone with a Google smart display, it’s something I rarely use.

In the new update, when users swipe in, they’re now shown the weather, a shortcut to control some lights and a smart display tip. Then, along the top, there are some new headings. The first page I mentioned is called ‘Your Morning’ in this leak. But knowing Google, it will likely morph to ‘Your Afternoon’ and ‘Your Evening’ as the day progresses. This section seems to tailor itself to you and will show the information it thinks you need.

The next page over is called ‘Home Control.’ This is a new page that allows you to interact with your smart home gadgets. This seems to look like a re-skinned version of the Google Home app, but with the addition of ‘Routines.’ The Routine button is pretty cool and should help users get the most out of their smart display. You can learn more about Google’s Routine feature here.

The next section is for media shortcuts like Spotify playlists and YouTube videos. It’s simply called ‘Media’ and functions much like it did on the old smart display OS. You can also swipe through this to reveal more media from news publications and other sources.

One of the more interesting sections is called ‘Communicate.’ This is where you can send messages to other Google Assistant-enabled smart devices, send texts, make Duo video chat calls and more. This section is brand new and should help people learn about the often forgotten communication efforts that Google has loaded into its smart displays.

The final new page is called ‘Discover’ and in the leaked example, it’s full of recipes, and other fun things you can ask Google Assistant.

This is a pretty needed update for Google’s smart displays that should make the touch screen a lot more functional for users. When Google first launched its smart displays, the OS seemed to be more for looking at and talking to, with very little touch input needed. Now that there are a few smart display models out in the wild, maybe Google is finding that people like to use touch controls more often than voice.