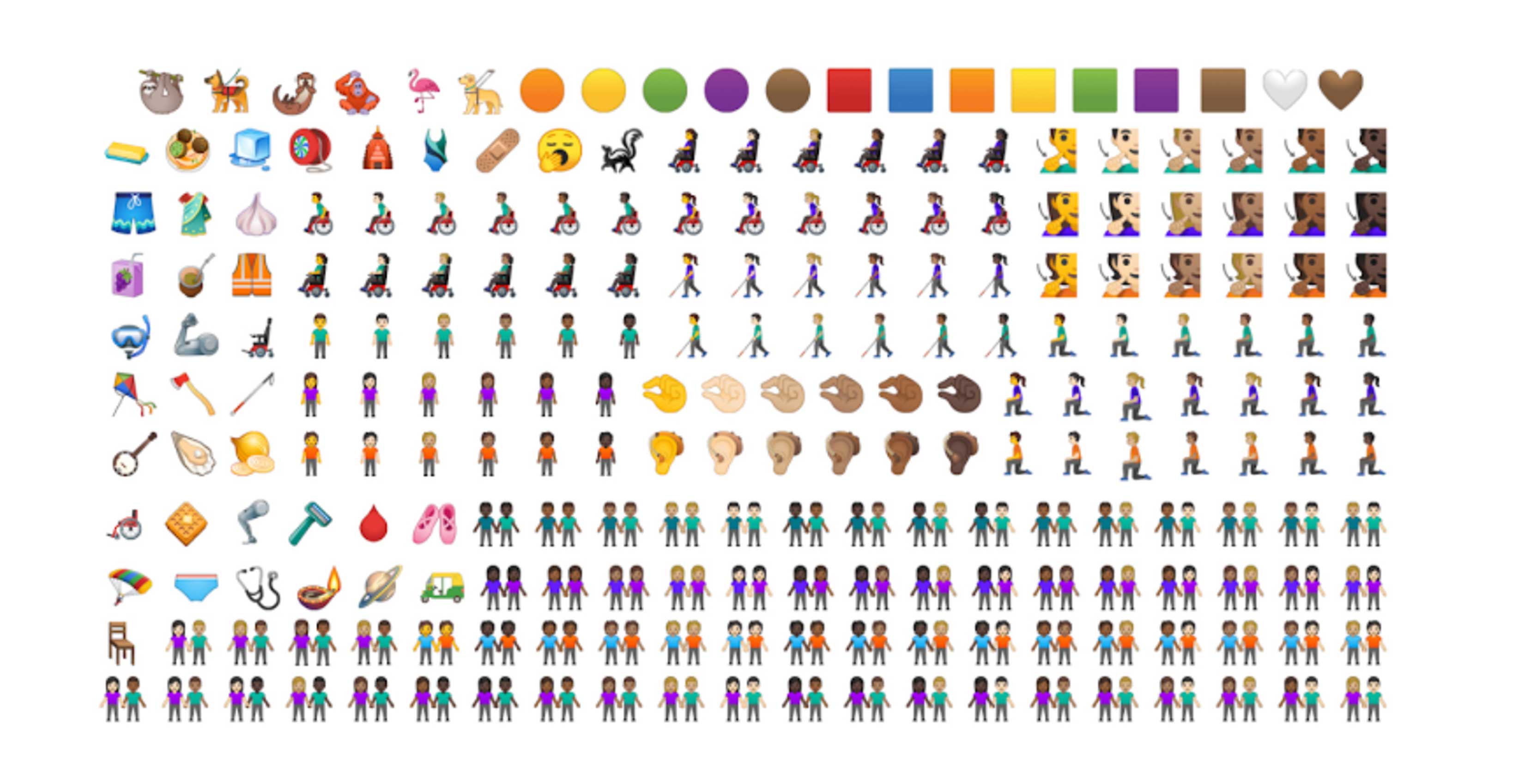 Google shows off a slate of new emoji that it’s packing into Android Q.

Just like Apple, the company is releasing a ton of new emojis with the main focus being inclusion.

The new group includes 71 couples of various races and genders holding hands, icons for people in wheelchairs and more.

On top of the new emoji that Apple showed off, Google is also adding in a kneeling emoji, a razor, underwear and a grape juice box, just to name a few.