We Are Wearables and MobileSyrup want to see your ARKit project 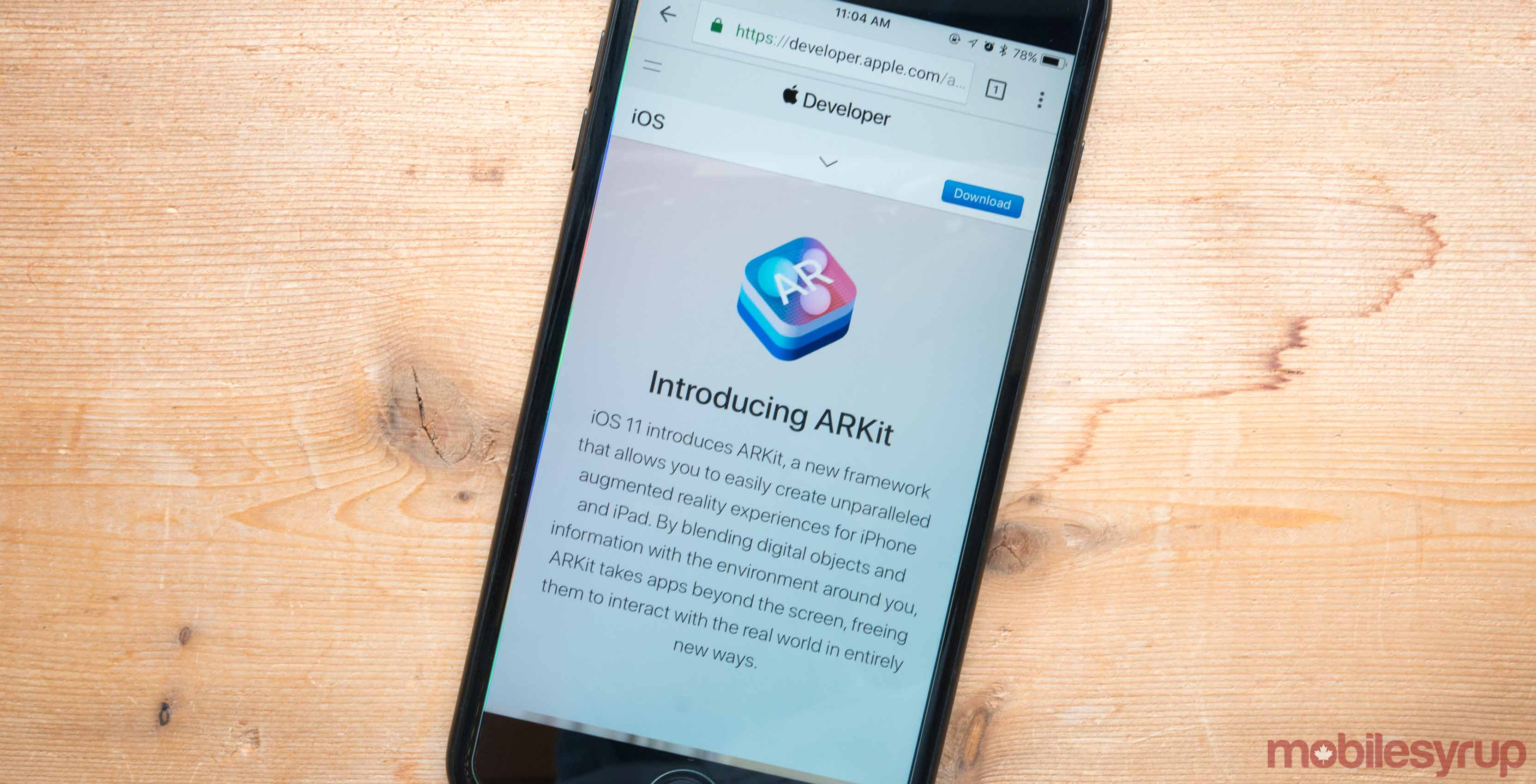 We Are Wearables has joined forces with Toronto-based House of VR and MobileSyrup for a special AR/VR industry night of inspiring talks, thought-provoking conversions, special announcements and networking, that aims to help usher in a new generation of mobile-focused augmented reality development.

We at MobileSyrup are looking for Canadian-developed ARKit Projects. While ARKit isn’t as advanced as Google’s Project Tango, the fact that the platform is available across all Apple devices that support iOS 11, allows developers to reach a much wider audience than Google’s AR initiative is capable of — Project Tango is only supported by Lenovo’s Phab 2 Pro and the still unreleased Asus ZenFone AR.

The event is happening on August 1st at House of VR and will include a five minute pitch on stage and a spot in the demo area for all Canadian ARKit projects selected by MobileSyrup. It also includes tickets for the teams selected to get into the event, not including travel.

We’ll be looking for submissions until July 31st. If you’re a Canadian developer working on a cool ARKit project you think would be a good fit for this event, reach out to tom@wearewearables.com or patrick@mobilesyrup.com.

Below is a list of highlights set to be at the event:

For more information about the event, follow this link.