Rick and Morty: Virtual Rick-ality for the HTC Vive and Oculus Rift to drop on April 20th 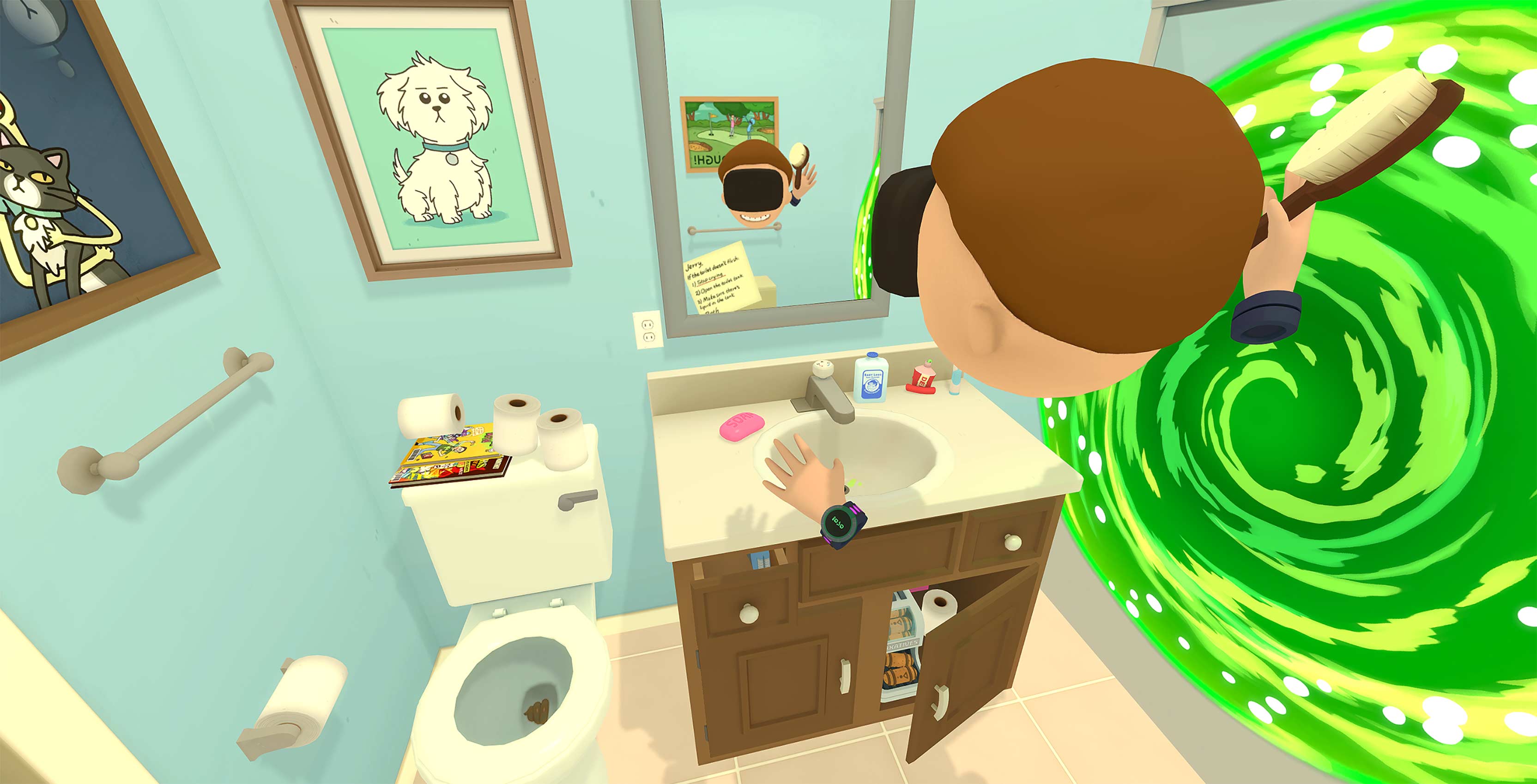 Rick and Morty is moving into the virtual reality realm via this0 new VR game developed by Adult Swim and Owlchemy Labs, the creators of Job Simulator.

Rick and Morty: Virtual Rick-ality will launch April 20th for the HTC Vive and the Oculus Rift. In the game the player controls a clone of Morty and can explore Rick’s garage as well as the Smith family home. You can also go through portals, throw things and even smack Rick.