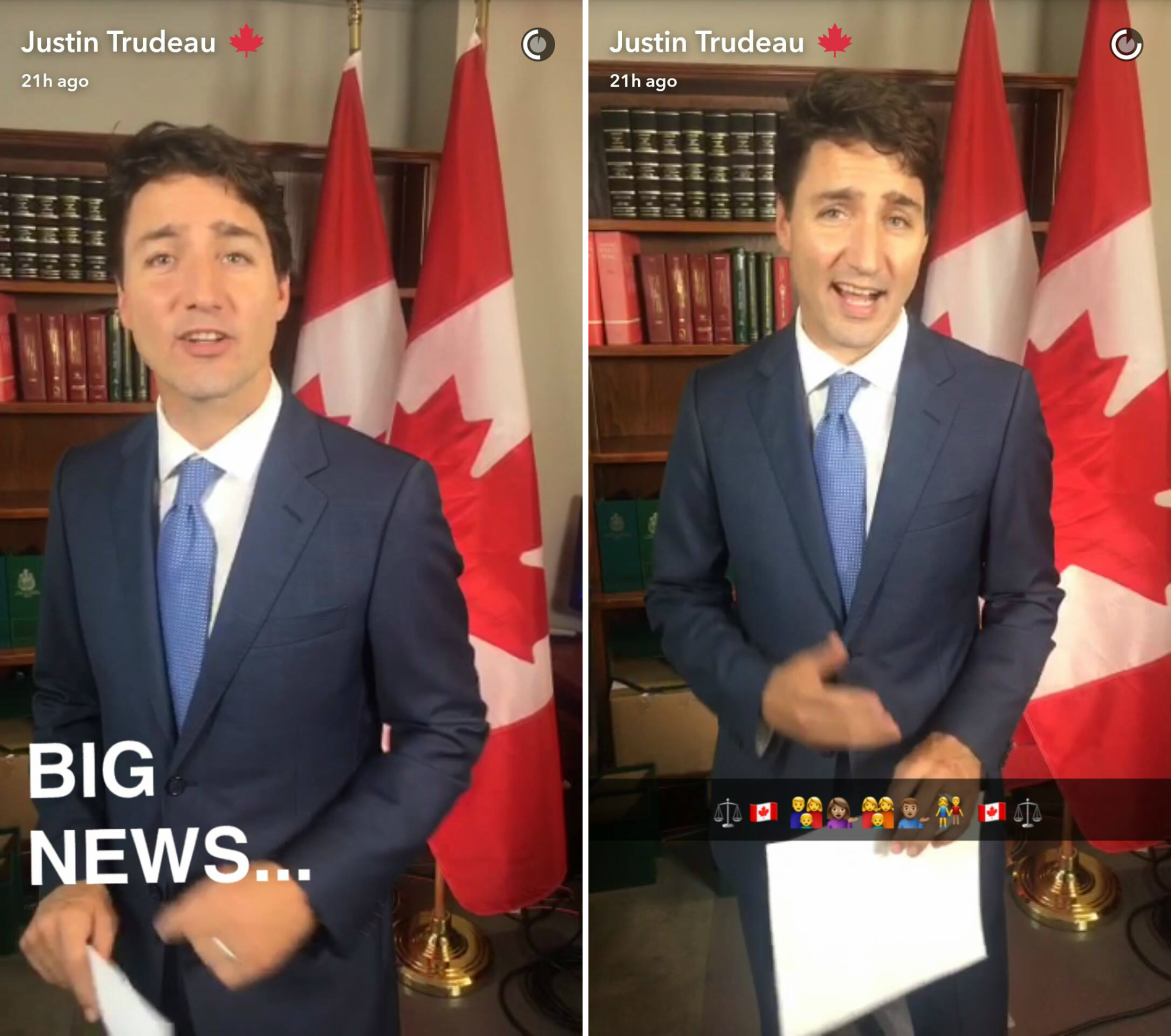 In an attempt to reach out to the millennial generation, Canada’s Prime Minister has opened a Snapchat account, a first in Canadian politics.

The debut story is an announcement about nominating Justice Malcolm Rowe to the supreme court. In the story, Trudeau explains in short, easy-to-digest clips what the Supreme Court is, and how the system for nomination has recently been changed.

Malcolm Rowe was the first to apply and get the job, says Trudeau, and next week he’ll take a public Q&A session at the University of Ottawa, which is also a first. Additionally, he’ll be the first Supreme Court judge from Newfoundland and Labrador. 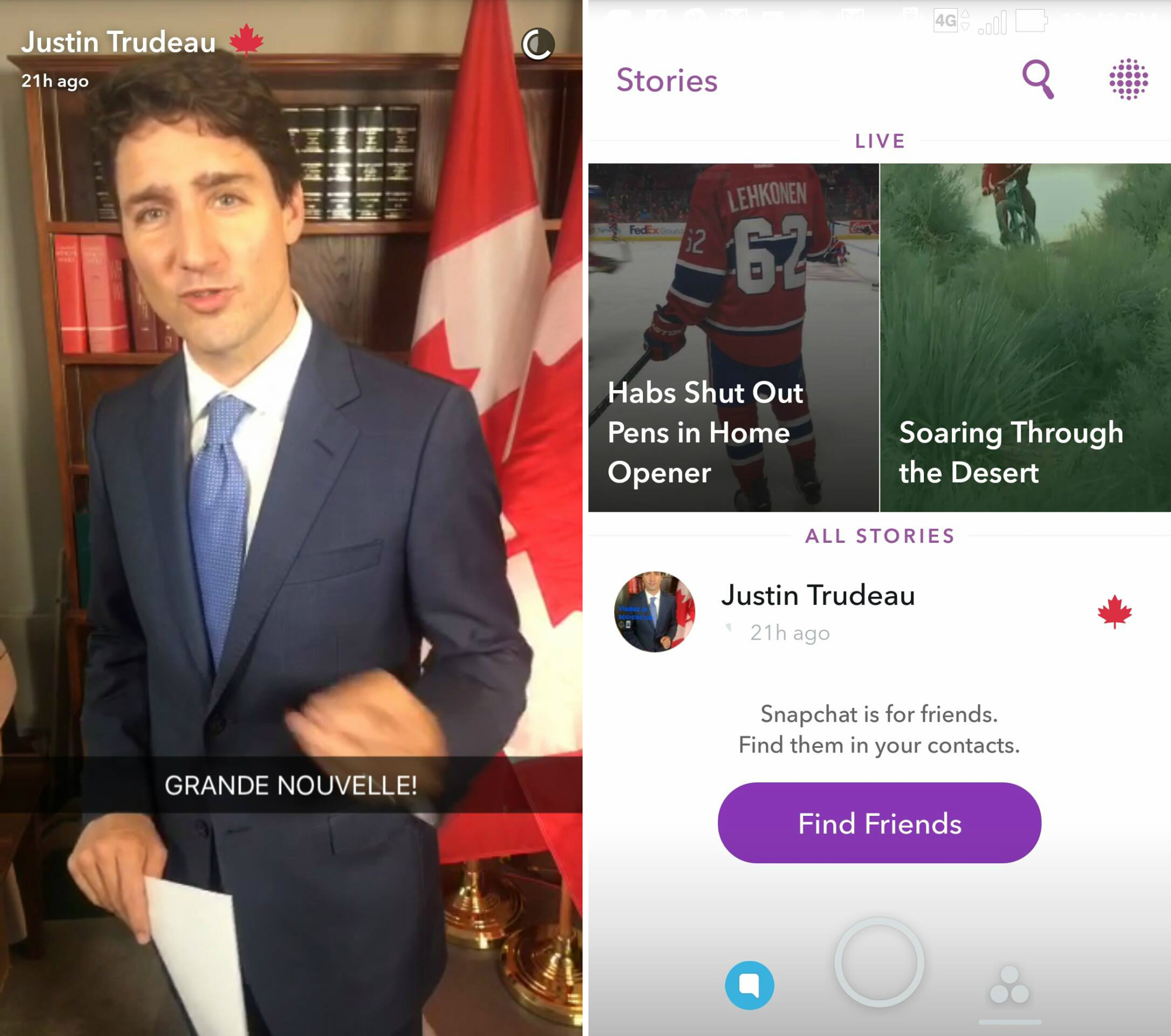 The PM then makes the same announcement in French. Throughout both stories, emojis, titles and location filters are used — but the Prime Minister wisely eschews donning any facial filters.

Prime Minister Trudeau is among very few world leaders to use Snapchat as a communications tool. Others include the French President, Polish Prime Minister, Argentinian President and Irish President. While current American President Barack Obama does not have an account, FLOTUS Michelle Obama joined Snapchat in June 2016.

To follow our nation’s leader, click here. And while you’re at it, give MobileSyrup a follow to check out our live mobile event coverage and weekly gadget features on the app.