theScore iOS and Android app updated to include scores, stats and news from Rio 2016 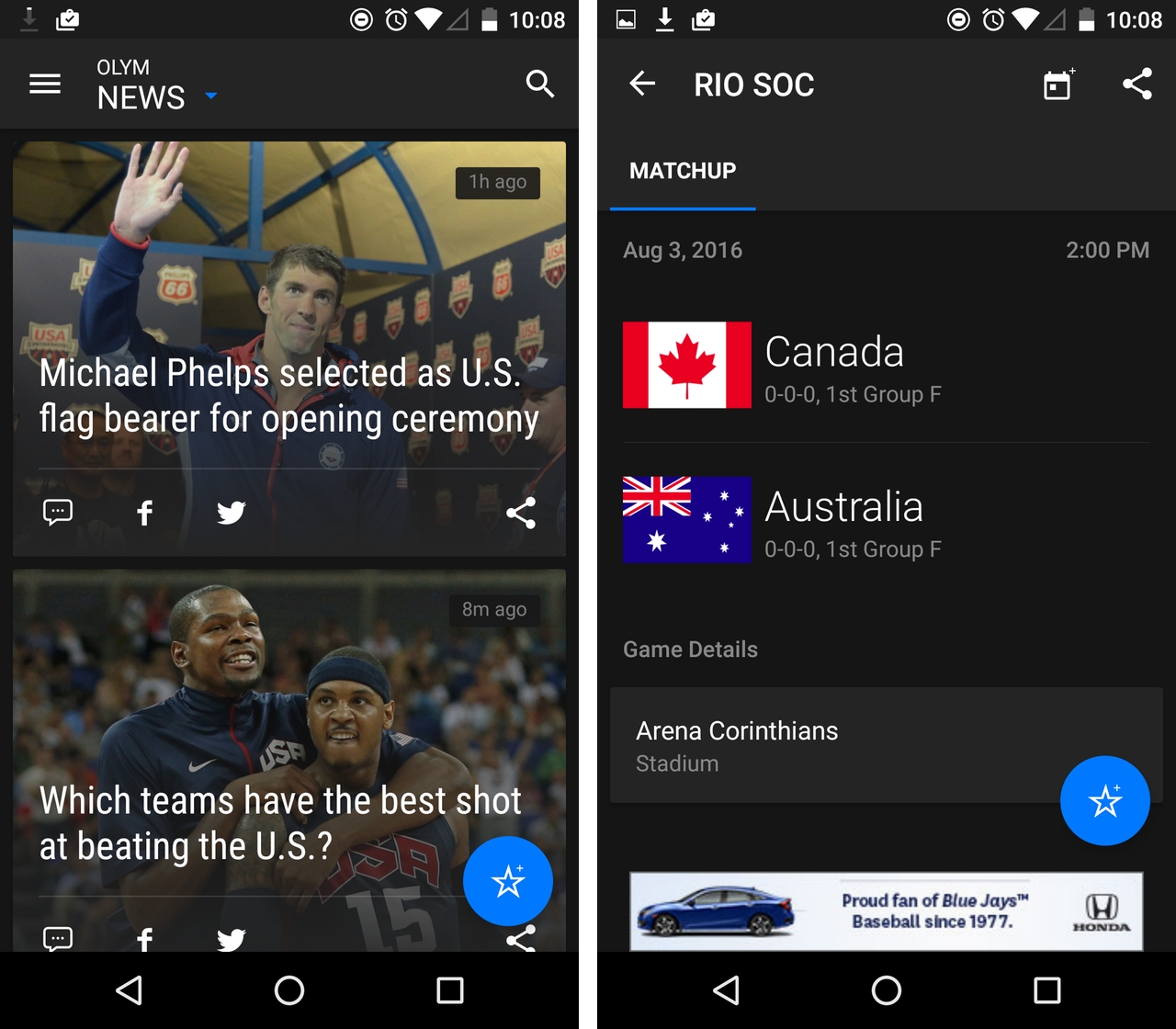 With the 2016 Summer Olympics set to open in Rio De Janeiro, Brazil on Friday, a number of tech companies, including Google, have updated their respective apps to provide the latest news from the 31st Olympiad.

The latest company to do is Canada’s own theScore, which on Wednesday updated both its iOS and Android apps to include scores, states and news from the upcoming Summer Games.

Once users update the app, they’ll be able to get medal alerts sent directly to their smartphone. For men’s and women’s basketball and soccer, there’s also support for live scores, notifications and standings.

Each country also has its own dedicated team page, allowing users to subscribe to team-specific alerts — perfect for a country as diverse as Canada. As with all theScore’s other sports verticals, the company’s team of writers will be pushing out written content, all of its viewable through the app, throughout the duration of the Games.