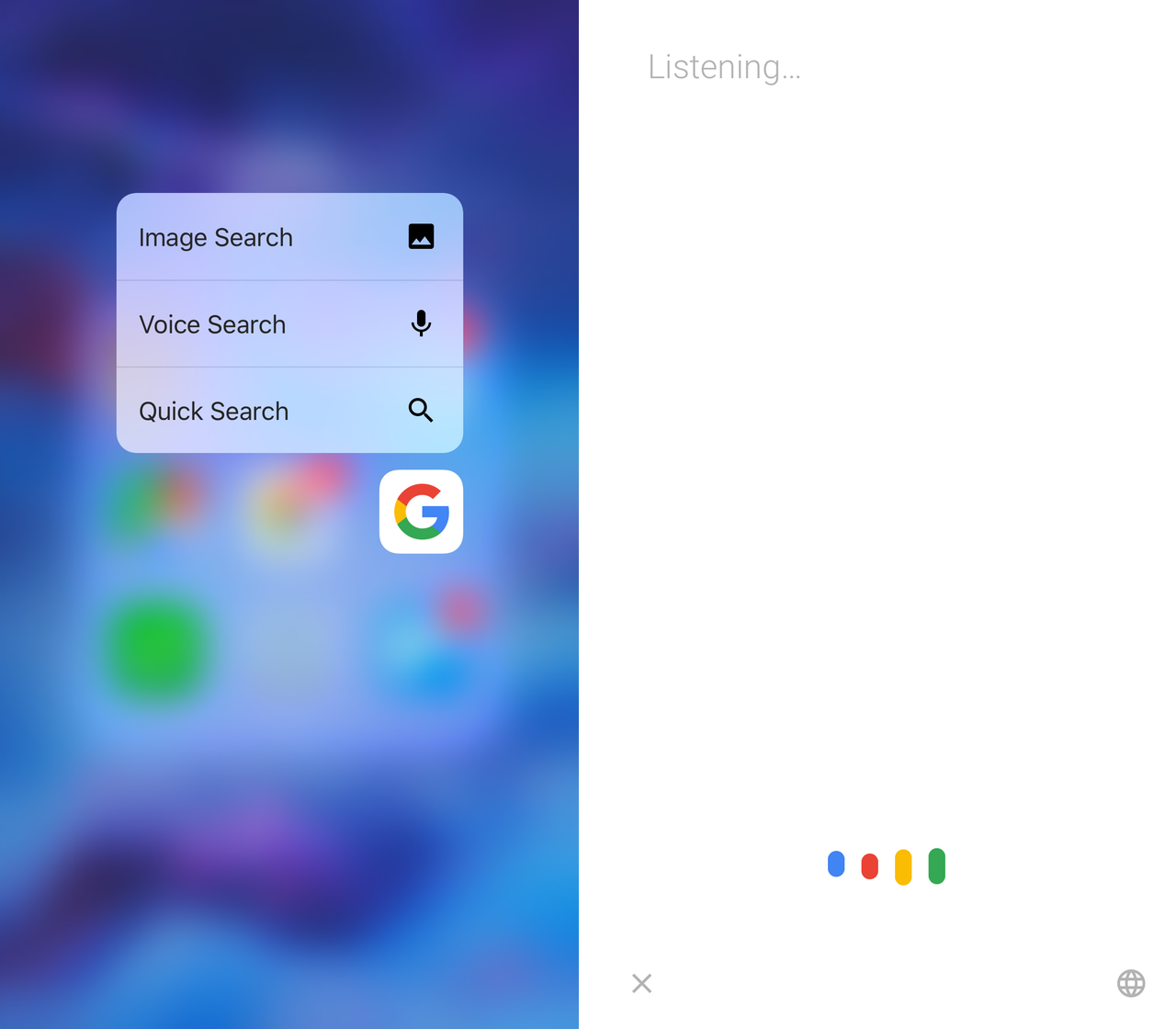 In the latest update to its dedicated iOS search app, Google has made the program compatible with some of iOS 9’s marquee features.

To start, like so many developers since the release of iOS 9, the company has added 3D touch specific shortcuts. Apply some force to the Google app icon and a menu with shortcuts to its text, image and voice search functionality will pop up.

On the more utilitarian front, the app now also supports the iPad’s split screen functionality, meaning you can pull it in from the side of the iPad’s screen and conduct a search while working on something else.

Lastly, just in time for the holiday shopping season, searching for a local business will now reveal its business hours, as well as the hours it is typically busiest. Good stuff.

Grab the Google app on the iTunes App Store.